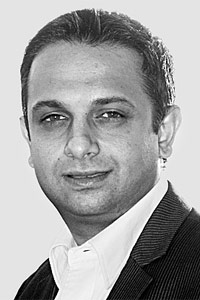 09 April, 2015
Print this article Font size -16+
Almost every few days you hear about a new startup getting a billion-dollar valuation. India itself has five now, with predictions of 15 such billion-dollar startups in India by 2020. Globally, there are already 75-plus such startups that have touched a billion-dollar valuation, bot most of them are not more than 6-7 years old. The last few billion-dollar companies took 10 years to build and before that almost 20-30 years. What has changed? Innovation and technology fuelled by an ecosystem that is ready to take risks has created a sort of butterfly effect leading to billion-dollar companies being built faster than ever before. It is icons like Steve Jobs, Mark Zuckerberg, Jack Ma, Sergey Brin, Larry Page whose businesses, habits, quotes and life stories have fuelled the imagination of millions. Back home, Sachin and Binny Bansal, Navin Tewari, Anupam Mittal have become heroes. Even top businessmen such as Ratan Tata, Harsh Mariwala, Ronnie Screwvala, Narayana Murthy and Azim Premji are investing and creating a startup culture within their organisations. The rise of these prodigies — some from humble backgrounds and some even without a full education — have made the middle class stand up and take notice.
Then, there is VC funding. These investors, many global and several of whom are entrepreneurs, are lured by the rising trend and the payouts that a handful of Indian startups have delivered to early backers. Today’s aspiring minds know that if they follow their heart in building something they are passionate about, the ecosystem will help them succeed. There is no shortage of mentorships, meet-ups and support groups too. Two years ago, there were 100 funded tech startups a year. Last year, they doubled to 200, thanks to the initiatives of bodies like TiE, Nasscom, etc. The potential is another 10x.
Amidst all the hype about startups, there is scepticism too, depending on how one looks at things — 95-99 per cent startups fail and few others don’t make profits for the first few years. E-commerce is one such industry. Abhinav’s perspective about startups maybe overshadowed by a certain disbelief because his era did not produce successes on this scale. His dogma about work is largely based on his very illustrious yet very stressful and loaded past. Currently, he is overwhelmed with the math — Kedar (age: 26 years, salary: Rs 27 lakh) and Robin (age: 25 years, salary: Rs 20 lakh) and valuations ($4-10 million) — that startups possibly fetch. Hence, he is unable to assess the value of Kedar or Robin’s quitting.
No doubt, Robin’s action may appear impulsive or mindless at first. But Abhinav needs to find out what Robin is seeking. Seeking your dreams and making them a reality is now so simple. It is almost like the Cambrian explosion millions of years ago; at that time, the basic building blocks of life had just been perfected, allowing more complex organisms to be assembled more rapidly. Similarly, the basic building blocks for starting up or doing your own thing, that is, the “technologies of startup production”, have become so evolved, cheap and ubiquitous that they can be easily combined and recombined. At a time when anyone who writes codes or has passion and drive can become an entrepreneur, Robin needs to be counselled and supported. And thanks to the Web, information has become more accessible and more uniform, and global standards are emerging for all things startup. That is, how to start up, models for success, deciding on your idea, to programming tools to term sheets, vocabulary, making it easy for everybody. It is the sharing economy, which did not exist 10 years ago or when Abhinav was in his prime, that has changed the game.
Abhinav should see Kedar as a positive influence and can act as a catalyst the way Bela did. Abhinav’s stable job can support Robin well while he finds out what he really wants to do. He is bright, a risk taker and earns well at his age. An encouragement rather than dissuasion could just change the game. He may even encourage entrepreneurship by acting as the guiding angel! This is exactly what my parents did. They simply said, “Go for it”, and supported me through thick and thin, often digging into their savings. Needless to say, I am blessed!
The writer is  founder & CEO, MyRefers, a referral based recruiting startup. He was associated formerly with Star TV as VP & Head Digital.
(This story was published in BW|Businessworld Issue Dated 23-02-2015)
Tags assigned to this article:
magazine case studies magazine 23 february 2015 lalit bhagia