Analysis: Rules Of The Game 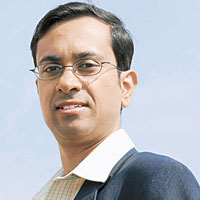 08 November, 2014
Print this article Font size -16+
US laws have haunted American MNCs for decades. Look no further than the current tirade about Walmart’s declared expenses on lobbying in India, a matter now of a top-level investigation. No one would have been any wiser about the expenses unless US laws required Walmart explicitly to make those disclosures. While lobbying is perfectly legal in the US and material payments to lawmakers are effectively proscribed, in India it is taken to be synonymous with bribery.

The case under consideration is another example of a law that has been hated by American companies operating around the world but has probably done a lot of good to countries where they operate, to their own brand in the long run and, consequently, to business. In the short-run, the FCPA (Foreign Corrupt Practices Act) appears to tilt the playing field against American MNCs operating in environments where corruption is routine. As Thomas Friedman notes in The Lexus And The Olive Tree, in Indonesia under General Suharto’s regime, it was possible to get receipts for paying bribes. How is an MNC likely to be competitive if its parent law ties its hand behind its back from partaking in what is standard business protocol in such a setting?

Before answering that question, it is perhaps relevant to ask whether India belongs to that category. Going by the Transparency International’s Corruption Perception Index, which ranks India at 94 out of 174 countries in 2012, it clearly belongs to the more corrupt half. But among the BRIC countries, while China and Brazil rank better than India, Russia comes in at a poor 133. So most emerging market economies are in a similar state of corruption.

Do Indian businesses partake in this corruption? Hardly a debatable issue. Nevertheless an observation made by Raghuram Rajan a few years back is pertinent. Rajan pointed out that if one looks at the ratio of the number of billionaires to the nation’s GDP, then India is second only to Russia. India has the same number of billionaires as Germany with about a quarter of the latter’s GDP. Further, the billionaires are not software wizards, but mostly in sectors that are heavily regulated and depend critically on national resources. So let’s face it, big corruption is mostly B2G (business-to-government), though as most citizens would aver, the C2G (citizen-to-government) component is also significant.

Now is it fair to expect the MNC to be restrained from playing by the rules of the land and still expect it to be competitive? My answer to this is an unqualified yes. Competition can lead to superior quality and efficiency, or a race to the bottom, depending upon what is the winning characteristic in the rivalry. MNCs enter foreign countries with superior technology, global resource base and world famous brands. And with far deeper pockets. Allowing them to play the same game as the locals would let it succumb to the temptation of virtually buying up the administration and take the nation down the slippery slope to kleptocracy. The result would be a loss of global brand value not just of the product, but possibly of the source country itself. It is a plot we have seen too many times in resource-rich developing nations particularly in the Southern Hemisphere. In the long run it has not helped the businesses involved either, not to speak of the immense harm it has caused to the local economy and the bad name it has earned  the idea of globalisation and FDI. Restraining the MNCs from doing what they would not do at home, forces them to win against the local competition by playing up their strengths — efficiency, and brand strength.

Riyaaz’s point that the CEO is always culpable underlines the fact that using a local agent is no escape from the clutches of the FCPA and ignorance is a not an effective defence. Once again this is exactly how it should be, otherwise a simple smokescreen of a local partner would render the FCPA completely ineffective.

Jaideep’s frustration in the case about how it is impossible to acquire land without bribing is a real concern. Indeed land records is a problem area in India with lack of clarity of titles as well as the custom of using black money in land purchases. However, improvements are happening in this area with computerisation of land records being an important step in this direction. Here too, in a purely transactional sense, the participation of large organised players has cleaned up the black money part of the story to an extent, though corruption here may have switched to a more complex regime of swapping of favours between government officials and realty players.

At the end though, the question remains whether the approach to corruption is a matter of convenience or corporate culture for large MNCs. Would reputed MNCs export their ethical cultures to the foreign shores, or do they play by local norms irrespective of ethical issues to stay competitive. That would, to a large extent, impact the debate on social benefits of FDI.

The author is executive director of Bharti Institute of Public Policy, and a clinical associate professor at Indian School of Business