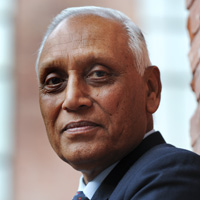 The last few months have been worrying times. All one reads is about 'scams'. Sadly the Armed Forces too have been in the news for wrong reasons. Is the situation beyond redemption? Are we being too hasty in our judgment?

Brigadier Muratza is right. He seems to have covered the ground.

Why do I agree with his views? I have always believed that those of us who wear the uniform are different. True we come from the same society as everyone else. True that our values are naturally the same as that of the society, but this lasts only till we start our lives in the Uniform. From the day we join the system that 'builds men'. We are different. Once we commit to sacrifice our lives in the name of our duty, we leave the values of the 'outside world'. We have to believe that we are the elite group that works on different values irrespective of what happens to the outside world because 'fauji is not a civilian'. Men whose integrity and discipline is even slightly less than perfect will never deliver the result we expect from our combatants. Yes 'there are no half measures'. Those who have even an iota of doubt about this philosophy must stay away from the uniform. They are then free to join the societal value system and choose not to be different.

The underlying anxiety surrounds the state of the civilian society, and the ‘natural' infiltration of civilian lifestyles and ethics into the forces, since we draw our resource pool from civilian society to begin with.

Hence, can the recklessness of civilian lifestyles be deep behavioural influences? Therefore should the type of people we wish to see defending the country need to be even more carefully chosen?

I decode that to, ‘How do we ensure that the Armed Forces retain the values and methods that ensure victory in war?'

It starts at the very beginning i.e. selection process. Our selection process has stood the test of time. Incrementally we bring in newer methods of testing based on sound research. Our training we know is good. We have compared it with other Forces. If proof was required, international exercises and above all Kargil was proof enough! Then what is the problem? The top honchos will fix things quickly by insisting on 'no compromise' EVER. I am Bullish on this.

Do we see a lowering of the bar in values, behaviour and ordinary conduct in the armed forces? We do need to reflect if the moral fibre of the armed forces has weakened to a worrying extent. While the screaming headlines may suggest otherwise, the situation is not so grim. Any corrective measure is extremely quick to apply in the forces. The process has began. We will hear of many Murtazas from now.

Air Chief Marshal (Retd.) S. P. Tyagi is the former Chief of the Air Staff of the Indian Air Force.