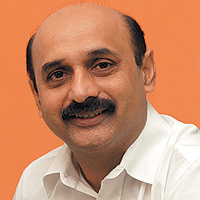 Trendian is an interesting case that raises basic issues around the role of business enterprises in promoting social values and responsibility, and also about whether socially relevant businesses are sustainable business models on their own, or not. It also raises a debate on how should social entrepreneurs draw a line between business goals, and social and community responsibility.

Coming to the case in point, it seems that the team at Trendian needs to sort out its purpose and mission, and communicate the same to its stakeholders — employees, customers and vendors. This is obvious from the interactions that are described between Krishnaa, kailash, Pragnya, sajal and others. Secondly, the events and episodes described in the case are a clear pointer towards a lack of understanding on how far should Trendian go in allowing its business objectives to be shaped by the conflicts arising from its commitment to uplift the community economically, while preserving the ancient art and craft forms, social values and belief systems of the members of that community. This is borne out of the interactions described around the Munnisami case, where a simple discussion on giving an advance to a vendor has led to a debate over issues of dowry, education and social ethos. Thirdly, there is an issue around setting expectations of new employees in terms of what Trendian stands for and what its goals are in terms of business objectives and the broader social and community development goal it is working for.

Let me first deal with the issues in hand for Trendian, and then address the broader question around social entrepreneurship. On the first question of purpose and mission of Trendian there is a need for shiv Dorje, Krishnaa and the core members of the team to brainstorm and agree upon the purpose of Trendian. If the purpose is to preserve ancient and dying art forms and work towards economic upliftment of the communities working with those art forms, then the logical question is how to achieve this in a sustainable manner? The question of sustainability and viability will answer the business aspects of profitability, efficiency and productivity of the enterprise. This debate and the outcome would settle any misgivings or confusion over whether trendian is a business entity with a strong social orientation, or a not-for-profit that is completely focused on community education and upliftment. Once that is addressed, communicating the purpose, and resultant goals to stakeholders would be a lot easier.

On the second question of conflict, a business organisation should be careful in deciding its limits in terms of how far it wants to go in being judgmental about shaping broader social values and belief systems. That is more a matter of social and community education and not directly linked to a business decision. For example, in Munnisami's case, the whole issue of payment advance needs to be determined in terms of his past record, the value that his work brings to Trendian and its customers, the quality of the work and output, and its acceptance by the end customers. But most importantly, of how extending this advance helps Trendian build a profitable, and sustainable supply chain for Munnisami's product. If that justifies the advance, the broader goal of economic upliftment of munnisami and preservation of art form gets achieved over time.

The issues around social beliefs and value systems of the community need to be separated from business decision-making and addressed through a separate medium such as like-minded NGOs, who are involved in that kind of work and Trendian can find a way of supporting such initiatives as a part of its CSR (Corporate Social Responsibility) thought process.

Lastly, it is vital for organisations to set and communicate expectations to new employees such as Pragyna or Radhika. If that is done right up front and explained with a few examples, the entire issue and debate around why every business logic necessarily conflicts with some social goal or values or vice versa will be seen in the right perspective. The debates will still happen and perceived conflicts will still come up, but the boundaries and a defined framework will help resolve them better.

That brings me to the question that I raised at the beginning around social entrepreunership. Social entrepreneurship is about running business models and initiatives in a profitable and sustainable manner with focus on efficiency, productivity and result orientation. It is just that they are centered around solving a social or a community problem on a large scale and  hence, attempts to strike a balance between profit focus and social goal. That is where the difference between being profitable and profiteering comes into play and the values and beliefs of the entrepreneur drives that.

Ulhas Deshpande is CEO of IntelleCash Microfinance Network Company. He is also a charter member of Tie Mumbai.