Analysis: Getting Out Of Your Comfort Zone 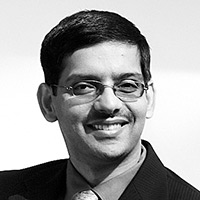 08 November, 2014
Print this article Font size -16+
Change yourself… or change the world every time a challenge is encountered. This is the most common choice faced by people. In most organisational settings, when employees face conflict and are up against a potential failure they rarely think of focusing the change on themselves. The general tendency is to resolve the problem by blaming the other party and if all else fails; blame it on the lack of proper organisational systems and processes. There is an old saying that success has many fathers while failure is an orphan. This is commonly known as the "fundamental attribution error". This is considered an error because we don't internalise it. We almost always externalise it by placing the blame anywhere but on ourselves. In short, we pass judgement and jump to conclusions without trying to understand the reason.

In this case, Suyash is seen as a problem person by all except Maya. What is so unique about Maya's perspective? The issue of confronting a difficult employee like Suyash and working with him is akin to taking a challenge that may lead to potential heartburn and trouble for the team. Clearly, Maya has two options. One, she can adopt a technique that has worked with Apurva, the current boss. Two, she can figure out her own style of handling Suyash. We know that Apurva has been quite harsh and hurls abuses to get work done. Apparently, Suyash has complied with Apurva. Yet, we know that Apurva wants Suyash to do more. So, if this method is not working, then what could be done? Interestingly, Maya decides to confront her fear and approaches Tripti, a trainer and a neutral observer, to get some help in channeling her thoughts. She urges Tripti to see Suyash through her lens. Though Tripti advises Maya to talk it out with Suyash, there are some insights worthy of note that can be drawn from their conversation.

Is the conflict with Suyash just an interpersonal relationship gone sour or could there be structural issues?
Let us understand from the point of performance appraisal and training. One issue that stands out in this case is the lack of timely and useful feedback to Suyash. Apparently, no one has ever told Suyash that the reason he is not progressing in his company is because of his attitude. This seems corroborated by Suyash's jibe that performance appraisal is like a "dark room". Typically, the appraisal systems should help organisational administrative decisions such as promotions and rewards as well as provide developmental tips for employees. Very few organisations clearly state what they want from the performance appraisal. Surprisingly, performance appraisal process that takes so much time from employees does not lead to adequate returns and hence is derided by many concerned. A good performance appraisal system should also reward bosses for helping develop their subordinates.

Does the problem lie in how men and women handle their subordinates?
It is possible that there could be genders differences in handling interpersonal relationships at work. Recent research suggests that while traditional management role is typically associated with masculine traits, during the time of crises feminine traits such as the ability to handle interpersonal relationships are more valued. Ironically, it sets up many female leaders for failure as it requires them to turnaround a difficult situation. Thinking from this perspective, handling a difficult employee like Suyash will require someone like Maya who seems a lot more passive than Apurva.

Is workplace abuse a manly trait of getting the work done?
There is nothing manly about abuse. It adds to the problem and defeats the purpose of getting the work done. Research has shown abusive supervision to have a negative influence on job performance. There are two reasons behind this. One, abused employees will be motivated to reciprocate such treatment with hostile or counterproductive work behaviour. Two, such employees will be compelled to spend effort coping with the consequences of such treatment, thereby reducing the effort that they must ideally give to their job responsibilities. The key to bringing out the best from Suyash is to make him committed to the team. Commitment is not the same as compliance. You can get anyone to comply under threats and blackmail. However, this is not likely to get the best work out of them. Apurva is already trying this and he knows that it doesn't work on Suyash.

Can such a short training programme really solve the existing deep rooted problems?
The training programme, which forms the backdrop in this case, is considered a panacea for all ills. Let's consider a few things. First, we have to take into account whether the training programme was clear in its stated objective? Many a times we take training programme as a paid vacation and people go back to their respective routines once they are back to work. Will it happen with Suyash too? We don't know. If Apurva had told Suyash that his performance is suffering because he is not a team player and he needs to work on his collaborative skill set, then probably the performance appraisal will look less of a "dark room" setting for Suyash. Second, we need to link the employees' developmental needs with the goals of training programme and evaluate the impact on an employee post-training. Ideally, interventions during training programme needs to be sustained in the workplace. Again, the bosses are responsible for supporting the new learnings gleaned by the employee from the training programme. In summary, the boss is responsible for providing developmental feedback, suggest relevant training, and then help in transfer of learning at the workplace. Any disconnect across these three independent actions will hurt the employee as well as the organisation. Tripti seems to be on the right path by suggesting that Maya should have an honest talk with Suyash about her expectations once he joins her team. Most likely, Suyash will see Maya's logic and mend his ways. If not, he has no one to blame other than himself for the mess he is in.

The writer is an assistant professor of Organisational Behaviour at the Indian School of Business. His current research interests include understanding the role of employee personality and its' impact on individual and team performance