Analysis: Clarity At A Cost 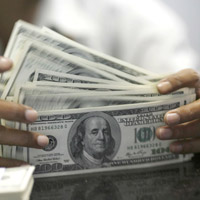 Endless tax conferences in India have been subjected to this piece of humour. Tax consultants and lawyers, that is, the representatives of the other side crying hoarse over the lack of clarity on tax provisions, followed by the classic retort from the government spokesperson for the day, "If you want clarity, here it is - Pay tax." In a marked departure, and perhaps neccessitated by the huge outcry against the introduction of general anti-avoidance rules (GAAR) in the budget, the Central Board of Direct Taxes has come out with a clarificatory report on the implementation of GAAR provisions, when they set in next April. And some much-needed relief it provides!

Bijal Ajinkya, who co-heads international taxation at legal advisors Nishith Desai Associates says that the biggest positive in the report is the disctinction that the report brings between the terms 'tax avoidance' and 'tax mitigation'. GAAR was introduced to specifically target tax avoidance by companies, and the fear was that any type of corporate arrangement that would result in a lesser tax outgo would be flagged down by the taxman as tax avoidance.

Enter the concept of 'tax mitigation'- What the report suggests is that if all a company does is take advantage of a tax incentive that was provided by the government, (for example, setting up a unit in an SEZ) it will not be a reason to invoke GAAR. But if the SEZ was used for an unintended tax benefit (like lets say, subverting of a product manufactured in a non SEZ zone to an SEZ for packaging to claim tax exemption), that would call for anti-avoidance rules.

Also, it clarifies to say that purely business decisions like merging a loss making entity with a profit making entity (resulting in absorbtion of tax credits) or a preference for borrowings over equity funds (interest payments are tax deductible) will not be questioned by the assessing officers, unless the transactions are routed through related parties with the specific objective of reducing tax outgo.

Of course, clarity comes with its costs. The report pulls up several corporate structures that were the subject of tax litigation recently and pronounces that they will all attract GAAR. For example, in an example that is simillar to the facts in the Aditya Birla tax case (where AT&T sold its stake in Idea Cellular to the Birlas), it says that when the seller located in a tax haven is a nominated entity operating on behalf of a non-tax haven-based entity, the transaction will come under GAAR since the tax-haven was used only to avoid tax on the transaction.

There's more breathing space for FIIs. The committee has clarified that it is not in favour of taxing the investors into FII funds (read P Note investors) since the FIIs anyway would be paying tax on the profits generated under the GAAR regime. It has, however, left the question of a minimum threshold limit under which GAAR will not be invoked to the govt to decide.

In fact, Income Tax officials could now find the going very tough as the report places the onus on the department to prove that the tax structure created was mainly for the purpose of a tax benefit.