Analysis: Are You Being Served? 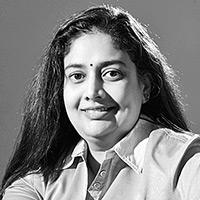 08 November, 2014
Print this article Font size -16+
Clearly there are two angles to the case study and both are valid: One, was Dr Tara Chaitanya treated differently by the sales team because she was a woman?

Two, is there a dire need to dramatically improve the level of service orientation and responsiveness in healthcare sales force in general?

Attitude and beliefs towards women and potential discrimination in behaviour is a problem across the world. Currently, in the healthcare industry, the number of women radiologists is much lower (less than 10 per cent) than the proportion of women who are in medical schools (40 per cent). The ratios have increased in the past decade, but are still dramatically lower than what we find the world over. One of the reasons cited for women not gravitating towards radiology is because it lacks direct patient contact.

Tara comes across as a very dedicated radiologist, very knowledgeable in the field, and also someone who knows her mind very well, having made a set of deliberate choices. In my experience, so far, in collaborating with women radiologists, they tend to be quite assertive in their opinions and needs.

When I was presented this case, I called a few of my close radiologist friends who are women and got their input. They mentioned that they had to learn to deal with vendors and invest significantly in preparation, more than their male colleagues, by speaking to several radiologists on the deal before meeting vendors.

It is unfortunate that women have to work harder than men, but are paid less than them. This is the collective responsibility of society, policy, HR and the individual to address the issue.

Tara could have asserted herself as a customer to the sales team in tone and in approach. If I had been in her shoes I would have negotiated harder and perhaps prepared more thoroughly. It is not to say that women are poor negotiators, though some studies have suggested that. Was Tara right in giving in and involving her husband than directly negotiating herself, perhaps with support from her husband in the background? In this day and age of “leaning in”, did she sufficiently lean in?

What was more apparent in the case was the lack of coordination and poor communication between the senior and junior sales team members in companies A and B. If the lack of customer orientation was due to the fact that the customer was a woman, it shows that the companies need to invest more in training their sales teams, and maybe their own overall mindsets, and invest in soft skills training and better responsiveness.

Several companies have invested in a training function but more needs to be done to ingrain training not just for features and product differentiators but also for developing the emotional quotient of the sales team.

No company today can ignore the need for gender inclusive training. For example, Walmart, Home Depot, IBM, Microsoft, etc., invest upwards of $300 million each year in training their sales teams. In some B2B companies, the proportion is sometimes as high as 10 per cent of sales.

In the healthcare industry, more needs to be done by way of training. A good sales person at the outset should have had a conversation with Tara on her overall needs and addressed it 360 degrees as a solution tailored for her. The big three of the industry form an oligopoly in the medical equipment industry and if they do not invest enough in training, relationship building and retention, they could potentially lose share to the newer entrants in the market who come completely gender-sensitised.

On the basis of this case, there are  three key takeaways:
— Women need to invest more in preparation and in asserting their roles  to demand, command respect
— Sales teams and sales representatives should be trained in gender inclusion as well as soft skills such as listening better and understanding needs before addressing the customers
— Companies mentioned in the case, such as A and B, need to improve communication and coordination within their sales teams

As an industry, healthcare needs to serve ALL — men or women!

The writer heads marketing, strategy and is the oncology business head for Philips Healthcare in India. The views expressed are hers and not representative of Philips