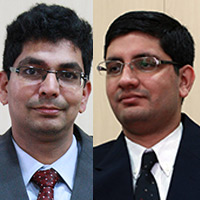 08 November, 2014
Print this article Font size -16+
The concept of slump sale is a widely discussed concept among tax circles for the benefits it offer from Income tax and VAT legislations. The benefits offered by these legislations are often examined, researched and brain stormed to structure the sale of undertakings in board rooms. There are numerous decisions on the subject which lay down the principles of slump sale and the conditions to be fulfilled. It is this wide scale litigation on the aspect that has caught the attention of service tax department while framing the law of service tax on the basis of negative list and to provide a similar exemption from service tax to ensure that the same gets benefits from all the taxes. However, the tax implications from a Cenvat Credit reversal perspective also need to be evaluated at the time of opting for a slump sale.

A similar problem was there when a taxable service provider is engaged in trading of goods, which got resolved by including appropriate provisions for reversal of proportionate credit when an assessee undertakes such trading activities. In such cases, the value of trading as exempted services has specifically been defined as the difference between the sale price and the cost of goods or ten percentage of the cost of goods sold, whichever is more. This results in a situation where only the margin gets treated as an exempted service and the reversal is restricted to such value. Similarly, in case of slump sale, since the value of identified assets is not available a specific percentage of value of consideration for slump sale could be prescribed as the value of exempted service for the purpose of Cenvat Credit Rules.

As on date, in case of slump sale of an entity, there is no prescribed valuation mechanism that can justify the Cenvat credit reversal as seen in the case of trading of goods. From a Service Tax perspective, if the different undertakings of an entity which has completed slump sale of one of the undertakings have separate service tax registration, there appears to be no impact on the Cenvat values since the undertaking that is transferred will no longer be in existence and the value pertaining to the same is not recorded in the service tax returns for the other undertakings. But the same would not be the case in case of entities having a centralized registration. This would result in higher amount of reversal of the Cenvat Credit as the entity would be required to disclose the value of transfer as exempted service in service tax return and accordingly comply with the provisions with regard to the reversal of Cenvat Credit under Rule 6. In such a situation, the entity has to reverse proportionate amount of Cenvat Credit by taking the sale value of the undertaking as value of exempted service or paying six percent on the value of the slump sale consideration, in case separate books of accounts are not maintained. This implies that an entity having separate service tax registrations for each undertaking is comparatively benefitted than an entity having centralized service tax registration assessee just because of the requirement to disclose all the transactions in one Return.

Due to the aforesaid impact of slump sale on the Cenvat Credit, it may be worthwhile for entities to consider the option of demerging divisions and obtaining a de-centralized registration under the Service Tax legislation, before effecting a sale of the undertaking on a stand-alone basis. This may look easy to protect the interest from Cenvat Credit but would require a larger debate on why should the option of slump sale be discarded when the consideration of the same cannot be considered as taxable turnover for any indirect tax calculations. The problems would be different in case the assessee wishes to opt for an itemized sale of its assets, where he would end up paying a higher amount of Value Added Tax as compared to the reversal of Cenvat Credit.

For now all that a diligent tax payer can hope for is that the above issue is clarified in the upcoming budget. It would be prudent if a clarification would be issued in the said matter where the value of the slump sale transaction should not be considered for the purpose of Rule 6 (3) of the Cenvat Credit Rules or at best prescribe a separate value as has been done in case of trading of goods. This would surely bring more clarity to the tax payer on the treatment to be adopted when undertaking a slump sale transaction.