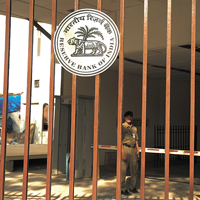 08 November, 2014
Print this article Font size -16+
At a time when the country was in election mode, the Reserve Bank of India (“RBI”) in its monetary policy statement on April 1, 2014, made an unexpectedly positive announcement beneficial for foreign investors i.e. of its intention to withdraw pricing norms for shares both at the time of initial investment as well as at the time of exit.  The RBI indicated that such transactions would henceforth be based on “acceptable market practices” and operating guidelines were to be notified separately (not issued as yet).

As a background, the basic thinking of having valuation norms as part of Indian exchange control law, was to ensure that shares of Indian companies were not purchased by foreign investors at less than “fair” value and likewise, exit was not more than “fair” value.  Consequently, valuation norms from an exchange control perspective provided a minimum/ floor price for share acquisitions in India and a maximum value within which the foreign investor could exit.

Initially, for unlisted shares a historical valuation base was used (the erstwhile Controller of Capital Issues, or CCI guidelines) to value unlisted shares in cases of a fresh issue of shares and for a transfer from a resident to a non-resident.  CCI method basically provided for a simple average of “net asset value” and “capitalization of past profits” method for valuation of unlisted companies’ shares with suitable discounts for illiquidity.  For listed companies, market price was the basic parameter for valuation.  In 2010, the valuation methodology was changed to Discounted Free Cash Flow (DCF) method for unlisted companies; for listed companies the valuation benchmark was aligned with Indian securities law legislation which was primarily market price linked.

Addressing the basic issue first, M&A transactions especially cross border deals have become fairly complex.  There are several factors that impact valuation of businesses – market entry, achieving market leadership, acquiring greater control by buy-out of partner, combating competition, etc.  Discussions on valuations for such and other transactions, especially between unrelated parties, are hard and reached after intense board room negotiations.  Several financial and non-financial parameters go into the decision of Buy/ Sell and at what price.  Therefore, to have a regulator providing a prescription on valuation is uncalled for and goes against the basic principle of free trade.

While it is understandable for regulators to be nervous of fraudulent transactions/ money laundering etc., there are separate regulations to take care of such situations and the RBI and other regulators have other powers with them to regulate such transactions.  In any case, the DCF regulation too effectively operates on “self-certification” since based on the valuation certificates filed with bankers the transaction can go through without any prior RBI approval.  In case of transactions with related parties, Indian tax authorities, through transfer pricing and other corporate tax provisions also have powers to scrutinize such share transactions.  Therefore, while we wait for guidance from RBI on this issue, it would be interesting to observe whether RBI would completely leave the discretion on pricing to corporates or would go for valuations norms which provide some more flexibility on methodology.

On the subject of valuation approach, while it is widely acknowledged that DCF approach to valuation is an important and one of the widely used approaches, introduction of DCF as a mandatory methodology for valuation for exchange control purposes is similar to applying a “common dose for all symptoms” without factoring other factors that may be relevant for valuation.  For example, it is common in M&A transactions especially in the Indian context that the underlying real estate value may be higher than the business (DCF) value;DCF methodology by itself does not factor such situations.  Another example could be where an Indian operation is sought to be set up as preparation for a future project and there may be no visibility of business/ cash flows; in such a case to prescribe a DCF valuation methodology is not feasible.  Valuation multiples, such as profitability based multiples, customer base multiples are also fairly common methodologies in arriving at transaction values; eg, to value a cement business based on cement capacity (in kgs), or to value a portal/ web-application based on number of subscribers (eg, considered in the Whatsapp acquisition) – these valuations can sometimes never be explained through a DCF approach.  The above are only a few examples of the fundamental flaw in having DCF as the only basis for valuation.

The fact that valuation is a subjective and specialized exercise and that there are several factors which influence valuation is well-accepted and has in fact been acknowledged by Indian regulators and Courts.  The Companies Act of 2013 which is slowly being operationalized has introduced draft rules with respect to valuation and introduced the concept of valuation by a registered valuer. Several methods for valuation have been provided in the draft rules including net asset value method, market price, yield method, DCF, comparable companies multiple, comparable transaction method, sum of parts method, liquidation value or any other method that may be relevant in the circumstances.  In the context of transfer pricing / valuation-related litigation, Indian Courts have also provided guidance on the need to consider several factors instead on following a single approach.

In summary, the move by RBI to withdraw pricing norms on share transactions is a significant development and indicates its desire to simplify processes and make them more in line with international practices.  It is hoped that the operating guidelines whenever issued will also apply to put/ call options on which the RBI had issued specific pricing norms recently – the same is a pain point for the private equity/ venture capitalist community.


In fact the investor community is looking forward to more such investor-friendly steps on several other regulatory matters such as foreign investment, income-tax, comprehensive GST law; what businesses need is more certainty, continuity and less regulation without in any way compromising on compliance/ high corporate governance standards.  This is the stated mantra of the new Government and it remains to be seen how the administrative machinery comprising all regulators (SEBI, RBI, Government, Income-tax,etc.) can work in unison to first legislate boldly and then practically implement effectively on-ground to achieve a long-standing expectation of the investor community/ Corporate India.

(Amit Jain is Partner, BMR & Associates LLP. The views are personal. With inputs from Anushkumar Shivaraman.)