An Incentive For Performance 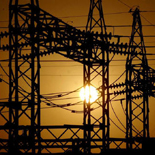 08 November, 2014
Print this article Font size -16+
The Centre is doing all it can to beef up the power distribution sector. The National Electricity Fund (NEF) is the latest in the line of centrally backed schemes to strengthen what is considered the weakest link of the power sector. NEF is an interest subsidy scheme that was first mentioned in the 2008-09 budget, but the guidelines were only issued in July. Rural Electrification Corporation (REC) is the nodal agency for the scheme.
REC is to pay out interest subsidies totalling Rs 8,466 crore spread over 13 years for loans taken by distribution companies (discoms) to the tune of Rs 25,000 crore during 2012-13 and 2013-14.

The agency has already taken up Rs 4,250 crore in loans taken by discoms for processing under the scheme and the target is Rs 10,000 crore for the current fiscal.
“We can only process the amount, and the sanction has to be given by the steering committee headed by the power secretary,” says Sanjeev Kumar Gupta, general manager (transmission and distribution), REC, who also heads the NEF cell at REC.
The states have been divided into two groups under the NEF. Group 1 has all the main states and the Union territories and group 2 includes special category states, the north-eastern states, focus states like Bihar and Jharkhand where the per capita consumption (Bihar with 122.11 kWh and Jharkhand with 880.43 kWh) is less than the national average (814 kWh), and Jammu & Kashmir.
In group 1, Andhra Pradesh, Haryana, Karnataka, Maharashtra, Madhya Pradesh, Chhattisgarh, West Bengal and Kerala have claimed subsidies under the scheme; while in group 2, Uttarakhand, Himachal Pradesh and Jammu & Kashmir have done so. Of these, six have committed investments of Rs 4,250 crore (see First Movers), and five are in the process of doing so.
“The scheme was to incentivise investment into distribution. The previous plan had seen a lot of deficit in the distribution sector and only 35 per cent of the investment target in the distribution sector could be realised,” says Gupta.
“It is not a free lunch and the participating companies have to show real progress in order to claim subsidies,” says Gupta. The scheme, through its pre-eligibility conditions and the final subsidy disbursal conditions, seeks to encourage discoms to improve their financial health.
Measures like reduction in the aggregate technical and distribution losses, reduction in the gap between the average cost of supply and average revenue realised, and timely filing of tariff orders are among the benchmarks to claim the interest subsidy.
Considering the appalling state of accounts of group 2 discoms, the scheme has given them a relaxation of three years to set their house in order. NEF also allows private discoms to claim interest subsidy if they meet the parameters — unlike the Rajiv Gandhi Grameen Vidyutikaran Yojana and the Restructured Accelerated Power Development and Reforms Programme. This would come as a great relief to Orissa’s private discoms that have been termed a “near failure”, having accumulated losses of Rs 3,359 crore in 2010-11.

(This story was published in Businessworld Issue Dated 10-12-2012