An Element Of Concern 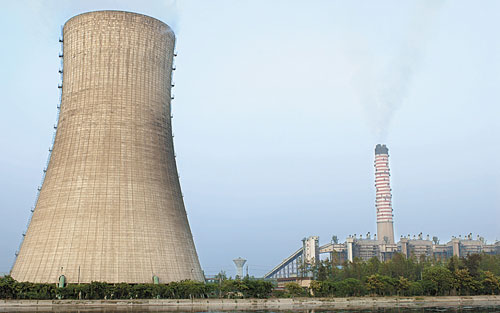 08 November, 2014
Print this article Font size -16+
By 2020, the term “mercury rising” may just be valid astronomically if the United Nations Environment Programme (Unep) has its way. After four years of negotiations, the draft treaty on mercury use was finalised on 19 January at the 140-nation Minamata convention in Geneva, of which India was a signatory. The treaty outlines technological and policy changes to ban mercury mining and phase out its emissions and use in products by 2020.
Although, there is no overall data available for India, the main industries that will be affected include power generation (thermal power plants), cement, steel, dental industry (via mercury amalgam), healthcare instruments (a 2008 study by NGO Toxics Link shows that around 26 tonnes of mercury is used annually in thermometers and blood-pressure machines), lighting industry (CFLs, switches, etc.), mining of non-ferrous metals, and cosmetics such as fairness creams.
The Minamata treaty says that products containing mercury should not be manufactured, imported or exported after 2020. Mercury-added dental amalgams need to be phased out over a longer period, while thermal power plants need to use tech to reduce mercury emissions.
The Indian environment ministry has to draw a national mercury policy over the next three years, according to the treaty. Unwilling to expound on the changes and legislations needed in India, the ministry’s additional director R.N. Jindal says: “This is a long-drawn process. The draft will need to be submitted to the Cabinet and Parliament, only after that can the government decide its strategy.”
Chief engineer with the power ministry Alok Saxena, who also went to Geneva, believes India is already on its way to reducing mercury emissions. He said the power ministry is looking at tech changes to reduce mercury emissions from thermal power plants. As of 2000, the mercury pollution from thermal power plants in India was around 77.91 tonnes a year. Although this has increased over the years, steps have been taken to curb the emissions, he says. The lighting industry also says it is ahead in the drive, having adopted the Indian Standard Specification of
5 mg in CFLs last year, effective from 1 April.
A by-product of industrialisation, mercury pollution damages the brain, kidney and lungs, and has become a serious environmental and health concern over the last century, says Unep. Its ability to travel long distances makes it a global concern. Since the 1950s, over 2 million people have been affected by mercury poisoning globally, with Minamata, Japan, alone recording over 50,000 cases.
According to Unep, only 10 per cent of the mercury entering the atmosphere (1,960 tonnes a year) is natural; man-made causes contribute 30 per cent and 60 per cent comes from re-emissions. Asia alone accounts for nearly 48 per cent of global mercury emissions.
For now, the Minamata treaty is expected to be signed in October with specific targets.