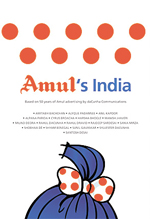 08 November, 2014
Print this article Font size -16+
It’s not just Narendra Modi who has his eyes set on Delhi.

Vipul Chaudhary, the new chairman of GCMMF, said he was going to approach the ministry of agriculture with a proposal to acquire DMS. “We are going to request them that this business be handed over to us,” he said.

He was speaking at a press conference in Delhi on 12 September to announce the launch of Amul Moti, the brand’s new UHT (ultra high temperature) milk to be retailed in aseptic polypacks.

DMS owns barely five per cent market share in Delhi. “It does not have the volume, but it has outlets in strategic places,” said  R. S. Sodhi, GCMMF managing director.  DMS has the capacity to produce about five lakh litres of milk, but is only churning out three lakh litres currently.  There have been various reports that DMS has sought government intervention to help it raise production.

According to Sodhi, Delhi is the biggest market for Amul for its milk products. And Amul, he claimed, was the largest seller of milk in pouches in Delhi, retailing 40 lakh pouches a day in the Capital.

The no-refrigeration needed Amul Moti, which has a shelf life of 90 days, will be initially launched in Jammu and Kashmir, Chhatisgarh and Madhya Pradesh. It is meant for milk deficient areas as well as places where consumers have no means to refrigerate milk, said Mr Sodhi.  Priced at Rs 20 per 500 ml pouch and Rs 9 for a 200 ml pouch, it is more affordable than its tetra pak offering Amul Taaza.