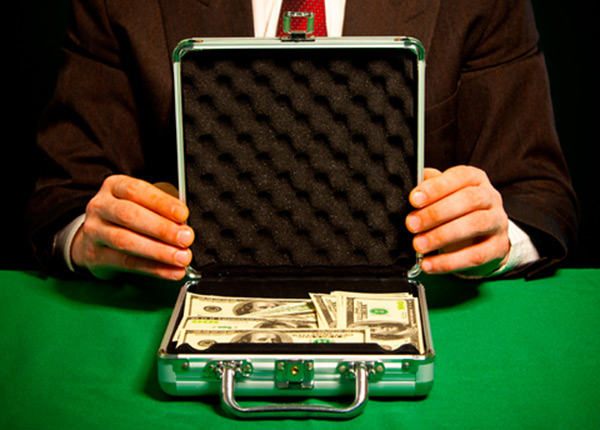 12 February, 2015
Print this article Font size -16+
Top industrialists the Ambani brothers and Jet Airways Chairman Naresh Goyal, on Monday (9 January) denied having illegal Swiss bank accounts in the wake of leaked list of account holders of HSBC brought out by an international body of journalists.

"There is no black (money)...There is nothing to hide, nothing to worry. (I am) following all regulations and rules," Goyal told reporters here.

Similarly, a spokesperson for Anil Ambani said: "Mr Ambani does not have any HSBC overseas account".

Former Maharashtra Chief Minister Narayan Rane also denied having any account in Swiss banks by him or any of his family members.

"Earlier my name had also come, there is no truth in it. Neither me nor my wife nor my family have any account abroad," he said.

Spokespersons of Emaar MGF and Dabur group-promoter family Burmans did not comment.

Name of many prominent industrialists had featured in the report by the Indian Express, which said that 1,195 Indian names figure in the HSBC list with a total balance of Rs 25,420 crore, as part of an investigation by an international body of journalists.

Govt To Probe All New Cases
Meanwhile, the government said it will probe all the new cases and disclosed that it is in touch with a whistle blower to get the names of all the undisclosed Indian accounts in HSBC's Switzerland branch and other destinations.

"Some new names have been revealed whose veracity would be checked by authorities," Finance Minister Arun Jaitley told reporters as government said that information in more than 600 cases has been sought from foreign jurisdictions based credible information of undisclosed foreign accounts.

Jaitley and government were reacting to a report in the Indian Express which said 1,195 Indian names in the fresh HSBC list are nearly double the 628 names that figured in an earlier list that was shared by the French government with India in 2011.

The Supreme Court-appointed Special Investigation Team (SIT) today discussed the fresh list and felt that there could be 100 new names in it.

"We will consider all new cases where there is evidence of black money... We will complete probe in all cases which are getting time barred by March 31," SIT vice chairman Arijit Pasayat told reporters here.

The ED and CBDT have been asked to gather information on the new list and inform SIT at the earliest, Pasayat said, adding with today's development the scope of the probe has widened.

Meanwhile some of the big industrialists and others figuring in the list including Ambani brothers Mukesh and Anil, NRI businessman Naresh Goyal and politician Narayan Rane denied holding any illegal bank accounts abroad.

An official statement issued after Jaitley's interaction with the media, said off the 628 Indian appearing in the first HSBC list, 200 were either non-residents or non-traceable, leaving 428 cases of residents which were found actionable.

Income Tax Department is already in touch with the whistle blower who apparently brought out the names of persons holding undisclosed bank accounts in HSBC, Switzerland, the official statement said.

"He has been requested to share information available with him in regard to undisclosed bank accounts of Indians in HSBC, Switzerland and other destinations. His response is awaited," it said.

During last 6 months, the government has taken vigorous and pro-active measures to expedite investigations in the cases of Indians holding undisclosed foreign accounts/assets abroad. Useful contacts have been established with foreign governments who might have some further information in this regard.

"Based upon credible information of undisclosed foreign bank accounts, fresh references for obtaining further information in more than 600 cases have been made to foreign jurisdictions, under available treaties/agreements. The same are being pursued," the statement said.

The government claimed that it has taken expeditious action in 428 cases of the first list as per law.

Upto December 31, 2014, assessments were completed in 128 cases, involving more than 350 assessments. In the remaining cases, assessment proceedings are at advance stage.

Undisclosed income of about Rs 3,150 crore was brought to tax on account of deposits made in unreported foreign bank accounts.,

Out of the above-mentioned 128 cases in which assessment were completed, concealment penalty proceedings under section 271(I)(c) of the Income Tax Act 1961 have been initiated in almost all the cases.

About 60 prosecutions have so far been launched for wilful attempt to evade taxes and failure to furnish accounts and documents etc. Show cause notices before launching prosecutions have been issued in a large number of other cases wherein further action is underway, the statement said.

All Account Holders May Not Be Illegal: FM
The Finance Minister said all of the accounts holders may not be illegal as some had disclosed their overseas business dealings to tax authorities while some others on the list were NRIs.

Names, he said, are immaterial if they are not backed by evidence. "Evidence in addition to stolen data so that a water-tight case can be framed. Just names do not ensure proper proceedings in the court. It should be rather backed by solid evidence."

If evidence is authentic, then only it stands in the court, he said.

The official statement said some of the names figure in today's list have already come in the earlier list available with the government.

"Necessary investigations as per the provisions of the law will be taken up in all the new cases expeditiously," it said.

Jaitley said that the tax department has launched 60 prosecutions from an earlier list of Indian account holders in a Swiss branch of HSBC bank and most of the names revealed in today's list are known to the government.

The minister said that he had met top Swiss authorities, including Switzerland's Finance Minister, in Davos last month and it was agreed there that admission by assesses would be considered additional evidence to seek details.

The Indian names revealed today are part of a global list of account holders in HSBC's Swiss private banking arm and their balances for the year 2006-07. They include persons from over 200 countries with total balance of over $100 billion.

The government has launched prosecution against as many as 60 illegal overseas bank account holders, while penalty proceedings against 350 other account holders have been initiated, Jaitley said.

Apart from these accounts, Jaitley said, the revenue department is in touch with the informants for more names.

"In the last 7-8 months, there has been vigorous efforts on this and in this effort there are three aspects... We have identified many names. In some cases, which are quite general in nature, where verification of address and details are difficult so the process is on," he said.

Jaitley said that out of 628 account holders named in the previous HSBC list, assessment in case of about 350 has been completed and the process of imposing penalty has been initiated.