Am I Forgetting Something? 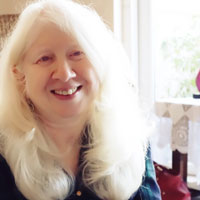 08 November, 2014
Print this article Font size -16+
These days my mind sometimes flits back to a time  when we never heard of the term “multitasking”. You either did something or someone kicked you up a gum tree for wasting time, and that was that! Mind you, I’m not saying I miss those times. I love my gadgets and being connected to the Internet at all times. I feel endlessly empowered at the very thought of being able to do several things at once and mostly succeed. But every now and then there’s a downside. Only problem is, I’m forgetting what it is. I’ll let you know the moment it comes back to me…
Meanwhile, let me illustrate. Just yesterday, I was about to look up something on the web while writing an article. I reached for my phone to search so as not to distance from the laptop and the task I was tackling. I decided to go mostly hands-free and give the personal voice assistant a reason to live. I yelled at it to wake up and it, or rather she, confirmed she was awake and asked how she could help me. “Turn on wifi,” I commanded. “Sorry, I don’t understand that,” she returns.

Don’t understand that? What do you mean? “Switch on wifi,” I said, sternly, doing a good imitation of an American accent. I tried several repeats in different accents and no accents. Nope. “We are having problems communicating, Mala,” the twit tells me. What? She didn’t have a problem the last time I gave this command. Now I was officially distracted. I opened up the app, dived into the settings, looked at the command list and confirmed that I could indeed say turn/switch/toggle wifi. I tried a dozen times, but not once did she figure out that I wanted. In disgust I gave up and turned on wifi myself — which is just one touch, of course. But by then, I had absolutely no clue why I had turned the wifi on. It had been set to sleep to save battery for no other reason than that battery can be saved.
I never did finish that article, by the way.
Today’s age of fast-paced tech and the modern workplace encourage us to multitask and even use multiple devices. I had a boss who would invariably give me at least two projects that needed my complete undivided attention and to which I was supposed to give my 100 per cent. When I’d ask him how I was to get two 100 per cents and could he explain the math, he’d just look at me indignantly and say, “Just do it in parallel.” Well, I parted ways with my boss by going 180 degrees, but the multitasking followed me. I listen to a queued list of articles read aloud while having a bath, I watch TV while touch typing, I edit a photograph while talking on the phone, and so on. I’m sure I would second-screen while watching television if there were only something worthwhile to watch. Even if I take a few minutes to make a cup of tea, I take along a device to keep me busy maybe playing a podcast. I even tweet while rushing downstairs when there’s an earthquake. But when I began to feel the need to multitask while sleeping, I decided enough was enough and it was time to do something about it.
One sensible measure is to create to-do lists and follow them faithfully. I do find though that I’m tending to make lists and sub-lists for everything and making less of an effort to remember things.

Does that mean my memory will go right out of practice? There is indeed some research that says multitasking can hurt memory and make it difficult to do any of the separate tasks as well as they could be done. So do we avoid multitasking, or even technology altogether? Surely it would be better to find ways of balancing new and old skills instead. I did read somewhere that it’s unhappy people who multitask — to feel more adequate of course. But if I’m unhappy, I certainly don’t know it. I could swear I was mostly energised and upbeat, the last I looked. Maybe I needed to build in some do-nothing time or even go so far as to meditate. But the notifications and pings from my various devices didn’t quite cooperate. But wait... maybe there’s an app for that! Remind me to look.