Always Trust Your Gut And Follow Your Instincts: Shane Watson At BW Dialogue with Anurag Batra

“Always trust your gut instinct, it is difficult to articulate why something is right but it’s your subconscious telling you what to do. Trust it and move ahead,” says Australian cricketer Shane Watson. 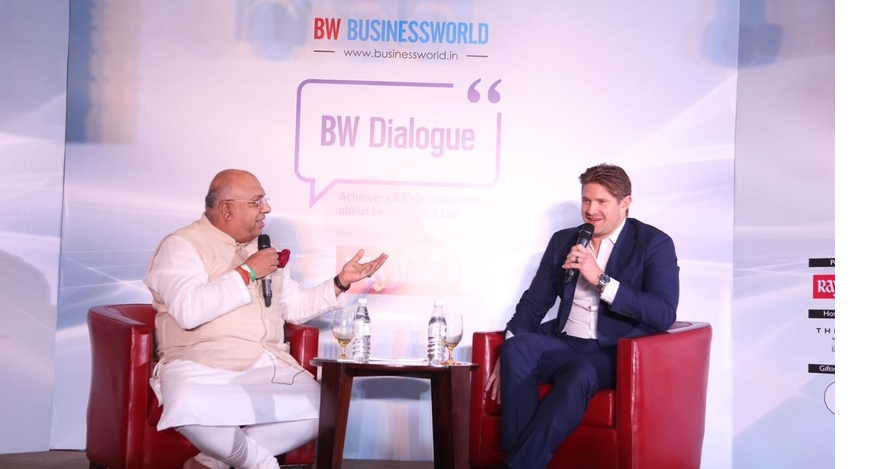 Shane Watson has now set up an academy of cricket to teach the younger lot the nitty-gritty of one of the most loved games in the world. He says that looking at aspiring sportsmen reminds him of his own journey.

“Well, my relationship with the media is full of ups and downs. The media makes us the God, when everything is going good. But they smash you into the ground once you are not performing. I deal with it by cutting off. I don’t look at the negative comments on me.”

One of Shane’s success mantra is to trust his gut instinct. During the interview, Watson mentioned how his initial stage of captainship with Rajasthan Royals in IPL was confusing, but trusting his subconscious decisions made him a better leader.

“Always trust your gut instinct, it is difficult to articulate why something is right but it’s your subconscious telling you what to do. Trust it and move ahead,” says Watson.

Watson believes his family has been a constant support in his life. And he drives his love and passion for sports especially cricket from his dad, who was a cricket fanatic.

“I have been playing cricket since I was a little boy. My dad used to take me out to watch test cricket in Adelaide. As you know I have been injured quiet sometimes in my life. I got my first cricket injury when I was 12. My family really supported me during that time,” says Watson.

On being questioned about the unethical activities in the cricket world, Watson said, “It’s definitely more than everyone knows, when there is money involved, people might get tempted and do things which are absolutely out of question. It’s very unfortunate that this exists and not only in cricket but also in other sports. So, it’s bad, but it’s there.”

He was very clear when asked about his favorite Indian cricketer, Rahul Dravid. He said, "Rahul is wonderful. He is a brilliant sportsman. "I also like Virat Kohli a lot, he has scored beyond scoreboards and played his best always,” said Watson.