“I always loved watching Manchester United play (during EPL) when David Beckham was there around the time with (manager) Alex Ferguson. They had an incredible thing going and it was a pleasure watching him (Beckham) play,” said Watson 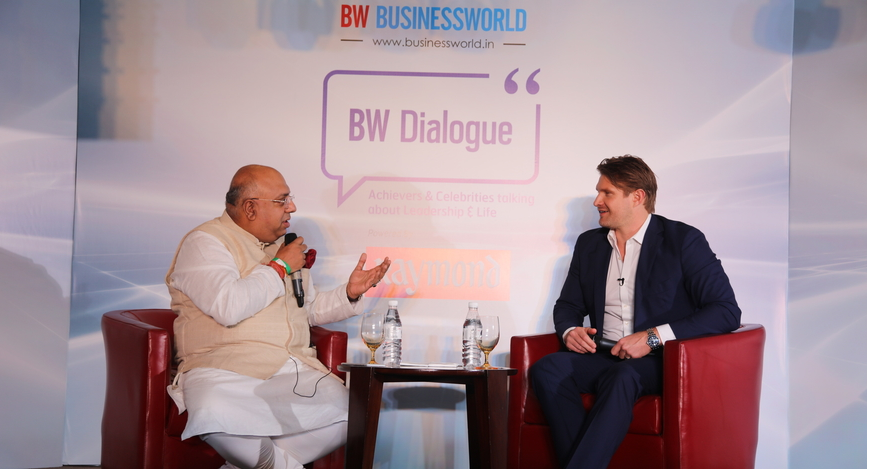 Shane Robert Watson, a former Australian international cricketer and a former captain, who played all formats of the game, revealed that English Premier League’s (EPL) Manchester United is his favourite team and David Beckham was his favourite player outside cricket.

“I always loved watching Manchester United play (during EPL) when David Beckham was there around the time with (manager) Alex Ferguson. They had an incredible thing going and it was a pleasure watching him (Beckham) play,” said Watson, in a dialogue session anchored by Dr. Anurag Batra, Editor-in-Chief, BW Businessworld. In the popular series BW Dialogue, Australian cricketer star Shane Watson candidly shared his experiences of life. Interestingly, Watson was the highest-paid non-Indian cricketer in the world for five consecutive years, 2011 to 2015.

It may be recalled that David Robert Joseph Beckham is a former professional footballer who played for Manchester United, Preston North End, Real Madrid, Milan, LA Galaxy, Paris Saint-Germain and the England national team, for which he held the appearance record for an outfield player until 2016. He is the first English player to win league titles in four countries: England, Spain, the United States and France. He retired in May 2013 after a 20-year career, during which he won 19 major trophies.

Talking about cricket, Watson maintained, “Across all formats, I think Virat Kohli is (currently) the best batsman. In test cricket probably, he has got an incredible record. Moreover, his one-day record is mind-blowing. The amount of 100s he has scored (and) the amount of games he has played, especially (in) chasing, is absolutely incredible. And in 20-20, we have seen what Virat has done (for) RCB (during IPL). He got thousand runs in a single season of IPL, which no one can get near that. He (scored) four 100s in one IPL season which makes me believe he is an incredible player.”

It is to be mentioned that Ipswich, Queensland-born Watson played as a right-handed batsman and a right-handed fast-medium swing bowler. He debuted in 2002 in a One-Day International and retired in 2016 as world No.1 T20I all-rounder and was the last player to retire from Australia's golden era of the early 2000s.