All For Fair Play 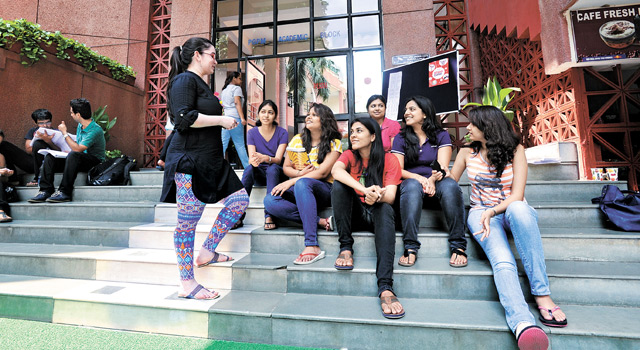 02 December, 2014
Print this article Font size -16+
Diversity is the new buzzword for India Inc. these days. Every corporate — even staid public sector undertakings — is talking about sweeping initiatives to get more women into the workplace, and into the leadership team. That’s not all. The mandate now is to get more women on companies’ boards too. Result: a frenetic search for talented women to induct into the workforce.

But it’s no walk in the park as women candidates are few and far between. As Pallavi Kathuria of executive search firm Egon Zehnder (she is a co-lead of the diversity panel at the firm) puts it, it all trickles down to the college or B-school level where the ratio of women students to male students continues to be abysmally skewed. On average, across B-school campuses in India, women account for barely 15-20 per cent of classrooms.

According to Krish Shankar, head, Human Resources-Indian subcontinent, Philips: “We do not think there is enough diversity in Indian B-schools. Engineering graduates continue to dominate graduating classes. We do not think Arts/Humanities graduates are represented in fair numbers. As a result, women form a small number in the class (except in courses like HR). Hence, that too restricts a company’s access to hiring diverse talent.”

Case For Diversity
For companies, the imperative to hire more women is becoming urgent as more and more studies are showing how women improve an organisation’s performance. Says Sameer Khanna, vice-president and head,  HR, Ericsson India, which is embracing diversity in a big way and also upping the intake of women candidates: “If you take the latest Women Matters Report by McKinsey, it shows that in developing markets, the additional power of companies that have women in their teams has increased by 25 per cent, and companies with top-quartile representation of women in executive committees perform significantly better than companies with no women at the top as well as in the upper levels of the hierarchy.”

Ericsson and Philips are just two of the companies that are trying hard to improve diversity at their workplaces. Today, it has pretty much become a race in India Inc. to fix the gender imbalance and then tom-tom the achievements in this regard.

Tata Consultancy Services proudly points to how it is among the biggest employers of women. IBM is working jointly with the Indian Institute of Management, Bangalore (IIM-B), and Catalyst India WRC to launch Tanmatra, a cross-industry women’s leadership development programme. It will train a batch of 30 high-potential women across industries for leadership roles.

With so much demand for women leaders, B-schools are taking note and now doing their own bit to improve gender diversity on campus.

Bridging The Divide
“We need to look beyond engineers to solve the diversity problem, and for this will we need variety in a batch,” says Bindu Kulkarni, who is in charge of admissions to the post-graduate diploma in management programme at S.P. Jain Institute of Management and Research (SPJIMR), Mumbai.

According to Kulkarni, at SPJIMR, the process of shortlisting candidates is such that it has always
managed to have more than 30 per cent women in each batch. In fact, in some years, this number has even touched 40 per cent.

Take the fledgling Indian Institute of Management, Rohtak, which decided to give a 5 per cent relaxation to women candidates in its cut-offs. The move paid off; it managed to admit 48.67 per cent women to its 2013-2015 post-graduate programme in management (PGP) batch. This year, 2014-2016, it has managed to get 50 women in a batch of 145 students — a healthy 34.48 per cent. And, a long way from the mere 8 per cent it got in its early days.
break-page-break
In 2010, the first batch of IIM, Rohtak, had 47 students with just two women. In 2011, the batch size increased to 122, with the number of women rising to nine. Similarly, at Birla Institute of Management Technology, Noida, an additional weightage of 2 per cent has been assigned to encourage more women to pursue management courses.

The Indian Institute of Managament, Ahmedabad (IIM-A), and the Xavier School of Management, Jamshedpur, are reaching out to undergraduate college students and creating awareness about management courses among women.

The Indian School of Business, Hyderabad (ISB), has gone a step further. It is encouraging married women to apply, stressing that it provides a supportive and family-friendly campus. Says Savita Mahajan, deputy dean, ISB: “Several of our students are married and stay on campus with their spouses and kids. The campus has all the facilities and support systems that are required for its residents.”

Mahajan adds: “In our admissions information sessions, we create awareness about the role that management education plays in transforming careers.” ISB also encourages women aspirants to meet women alumni to get a better understanding of the opportunities that management education provides. Besides, it has special scholarships for women candidates that are both need-based and merit-based. The institute also has partnerships with companies which offer scholarships to women students.

The percentage of women has increased at Management Development Institute, Gurgaon, as well. Its 2014-2016 batch has around 29 per cent female students; for 2013-2015, it was 18 per cent and, for 2012-2014, it was 23 per cent.
Few Takers
While the overall number of women on B-school campuses is going up, it is not evenly distributed across all courses. Some like HR have always attracted women. That is why institutes like XLRI have had a higher percentage of women. Of the 360 students who joined the 2014-2016 PGP batch at XLRI, 90 are women. In 2013, the batch size was 300, with 74 women.
But the challenge that most B-schools face is to get women into non-HR courses such as finance, marketing and risk management.

Shankar raises another important point — location. “Women, in our experience, have preferred to opt for metros because of pressures from their family and the general safety and security environment in our country. For organisations that also have roles in tier-II/-III towns, it’s difficult to get women for such jobs. Hence, while there is a short supply of women at B-schools, at the same time exacting location/function preferences also impact organisations.”

Again, just getting women into B-schools isn’t enough. The schools need to get more women faculty as well. Rekha Sethi, director general, All India Management Association points out, “There are even fewer women teachers and directors at B-schools than women students.

For example, women teachers at IIMs constitute around 15 per cent of the total faculty, which is actually an improvement from about 10 per cent five years ago. There are hardly any women directors in B-schools.” She believes if B-schools fix the gender imbalance in their faculty, it could help them attract more women students. “Indian women and their families tend to feel more comfortable with institutions that have a significant gender diversity,” she adds.