All Ears For Extravaganza 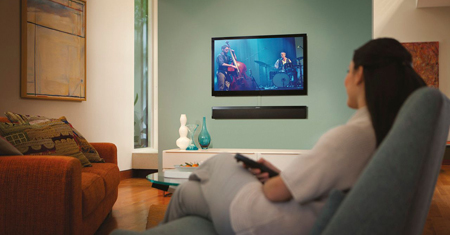 Screening The Future
Got a new tablet and want to eke out some more value from the device? Did you know that you could turn the iPad or an Android tablet into a second monitor for your PC/Mac and extend your screen estate? Imagine it'd be a boon for laptop users, wouldn't it? Now, with a few apps, you can make the iPad or Android tablet work in tandem with the PC/Mac, rather than let it languish unused when you're at your main computer.

Here's what you need to do? Pick up one of the many apps —Air Display/iDisplay for the iPad or iDisplay/Screenslider for your Android tablet — install the accompanying server software on your Windows or Mac computer, and then run the app on your tablet. Simple, isn't it? (While there are some free alternatives, Air Display easily outpaces the options and is well worth the price.)

You can then drag the Windows/Mac software you want to run on the secondary tablet display, and use the tablet touchscreen to interact with the software. Air Display adds in some additional functionality, such as the ability to mirror your desktop, so you can show someone what you're doing on your computer, say when you're teaching someone. Or you could use Photoshop on the secondary display and use a stylus to draw something on the screen, or even keep a stock market website open permanently on the tablet to keep an eye on the market while you work! Whatever the use you pick, the tablet screen is just the right size for parking instant messenger windows or other small but useful widgets and gadgets that you'd like to keep an eye on but don't want to clutter up your main screen with. Just keep in mind that you will need to be connected to a wireless network for all these apps to work, but you can read the link below to setup an ad-hoc wireless network if you're say at a coffee shop and don't have a wireless network handy.