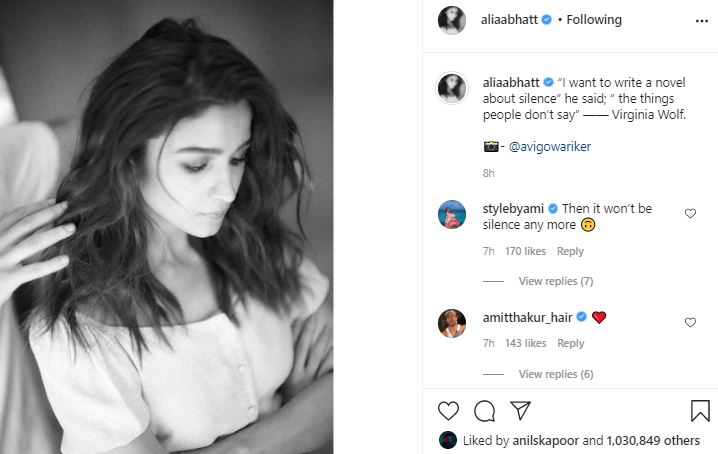 The enchanting post garnered more than 1 million likes within a few hours of posting with many fellow celebrities leaving love stuck emoticons in the comments section.
Meanwhile, on the work front, Alia Bhatt will be next seen in Ayan Mukherji's directorial 'Brahmastra', alongside her beau Ranbir and megastar Amitabh Bachchan. Produced under Karan Johar's banner of Dharma Productions, the superhero movie will also feature Nagarjuna and Dimple Kapadia in pivotal roles.
Apart from 'Brahmastra', Alia also has Sanjay Leela Bhansali's period film 'Gangubai Kathiawadi' and SS Rajamouli's magnum opus 'RRR' in the pipeline. (ANI)