New Delhi [India], January 27 (ANI): Bollywood's dimple queen Alia Bhatt on Wednesday treated her fans to an adorable no-makeup picture of herself.
The 'Gully Boy' actor took to Instagram to share the picture that sees her engrossed in thoughts while she cutely nibbles on the fingernails of one of her hands.
As the picture only captures the actor's face, her attire is not properly visible but she is seen embracing the winter with a white-coloured muffler wrapped around her neck.
Keeping the caption simple, the 'Highway' actor shared that she is currently in no mood to have long conversations and hence she, "took a flight mid convo." 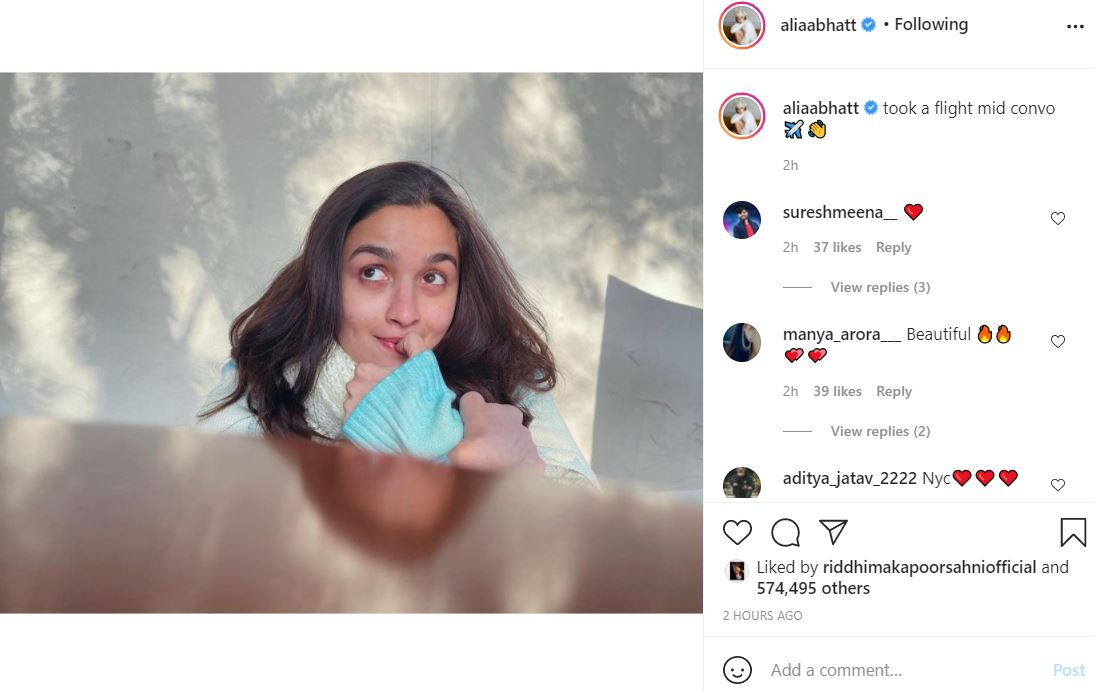 Meanwhile, on the work front, Alia was last seen in her father and filmmaker Mahesh Bhatt's directorial 'Sadak 2' which was released on Disney+ Hotstar.
Alia will be next seen in 'Brahmastra', along side her rumoured beau Ranbir Kapoor. The film, directed by Ayan Mukerji, also stars megastar Amitabh Bachchan. Produced under Karan Johar's banner of Dharma Productions, the superhero movie will also feature Nagarjuna and Dimple Kapadia in pivotal roles.
Apart from 'Brahmastra', Alia also has Sanjay Leela Bhansali's period film 'Gangubai Kathiawadi' and SS Rajamouli's magnum opus 'RRR' in the pipeline. (ANI)