Mumbai (Maharashtra) [India], January 27 (ANI): Bollywood actor Ananya Panday on Wednesday treated her fans with an adorable picture clicked by Alia Bhatt that features her with Indian superstar Ranbir Kapoor's pet dog.
The 'Khaali Peeli' star took to Instagram and alongside the picture, she wrote, "If you're ever looking for me at a party, this is where I'll be," using a dog face emoticon. In the caption, she also shared that the snap has been clicked by Alia.

The post that accumulated more than two lakh likes within an hour of it being posted captures the 'Pati Patni or Woh' star cuddling the four-legged friend while holding a wine glass in her hand.
Alia is often spotted sharing adorable snippets of her with Ranbir's English Mastiff furry friends, Lionel and Nido, on her social media handles. Earlier, she was also seen cuddling with them on her Instagram account. 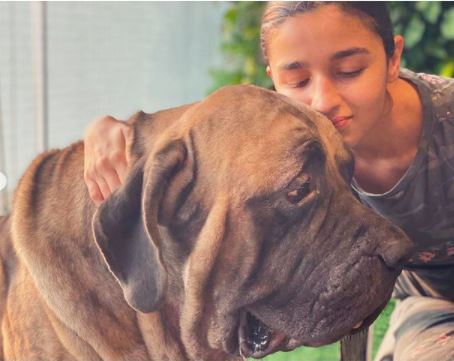 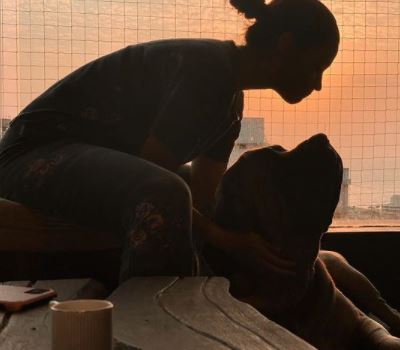 Meanwhile, on the work front, Ananya will soon be seen in 'Fighter' with Vijay Deverakonda. The actor will also feature alongside Deepika Padukone and Sidhant Chaturvedi in Shakun Batra's untitled next.
On the other hand, Alia will be next seen in Ayan Mukherji's directorial 'Brahmastra', alongside her beau Ranbir and megastar Amitabh Bachchan. Produced under Karan Johar's banner of Dharma Productions, the superhero movie will also feature Nagarjuna and Dimple Kapadia in pivotal roles.
Apart from 'Brahmastra', Alia also has Sanjay Leela Bhansali's period film 'Gangubai Kathiawadi' and SS Rajamouli's magnum opus 'RRR' in the pipeline. (ANI)