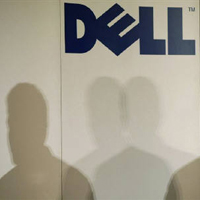 During his seven-year tenure at Dell India, Ajay was Director – Sales for the Public, Education and Healthcare business from February 2009 to August 2012 in the South & West Region across Central/State government, PSU, defense and covering all products of Dell for revenue, margin and market share growth.

GCC is a channel division of Dell, created in early 2011 with an aim to be a single contact point for its commercial channel partners thereby leading to higher productivity and improved time cycles and enabling more customized programs to support the partners in the market.

Ajay’s focus as business leader will be to oversee the expansion of Dell’s partner community and its growth in the upcountry markets. As the GCC business head Ajay will also be focused on strengthening the company’s relations with its partner community.
Tags assigned to this article:
it psu dell india ajay kaul global commercial channel