Ajay Galar, a scientist working on rocket propulsion engine that is fully Made in India

Ajay Galar, a scientist working on rocket propulsion engine that is fully Made in India

New Delhi [India], December 9 (ANI/India PR Distribution): Scientist Ajay Galar is rocket propulsion engine scientist and he and his team at Galar Space Industries are taking another step towards the rocket of the future. Ajay Galar has named the Engine "Tara Engine".
The scientist from itarsi, near Bhopal, Madhya Pradesh is working on a fully indigenous rocket propulsion engine produced a rocket engine combustion chamber using additive manufacturing. 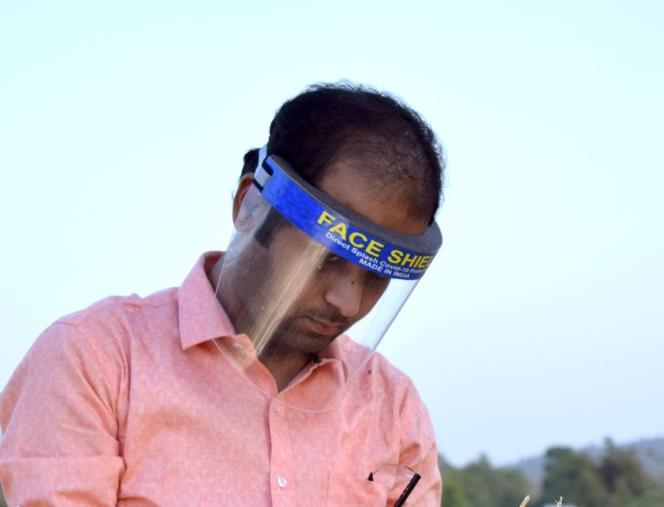 This is among the first of its kind in India. Tests are being carried out.
"This new era has started with rocket propulsion engine industry in India. I and my team are proud to be working on a new generation of rocket engines that will be completely made in India. "
The tests will validate the proper functioning of the rocket propulsion engine intended for the upper stage engines of future launchers, with a thrust of 10 tonnes. Hybrid rocket propulsion consists of the use of liquid fuel oxidizer.
This full-size demonstrator, running on liquid propellant, comes from ESA's Expander-cycle Technology Integrated Demonstrator (ETID) program. Its outer covering was printed using the so-called cold spray technique, which uses pressurized gas to spray metal powders at very high speed and create a solid. Its injection head was manufactured using a powder bed fusion technique. It brings together all the injectors in a single block.
The main obstacles to the development of this technology are low frequency combustion instabilities and low combustion efficiency. Numerous studies have shown that increasing the rate of fuel regression is the key to combustion stability and efficiency.
The use of liquefying fuel is one of the solutions considered to achieve this objective. During combustion, a thin, hydro-dynamically unstable layer form above the surface of the liquid fuel and small droplets are entrained in the oxidant flow, thereby increasing the heat exchange and heat transfer surface area accordingly, mass.
The advantages of this propulsion system, compared to existing systems in the aerospace industry, are multiple: reduction of the risk of explosions, modulation of engine thrust, limited piping or even less fuel volume. But today, the performances obtained in practice are not very convincing. The main technological barrier concerns high power thrusters.
In this case, the combustion chamber is bulky (to store enough fuel) but this leads to a reduction in the rate of consumption of the liquid fuel and a partial combustion of the propellants. The first aspect of the problem limits the thrust, the second limits the efficiency of the thruster. However, to reach orbit, it is necessary to have excellent characteristics on these two aspects.
Rocket propulsion engine manufacturing holds many promises for the industry. The Indian rocket industry is in its nascent stage but upcoming time is exciting. The
is encouraging local manufacturing in all sectors and this is a big plus for us, says Ajay Galar
This low-cost thruster, with a thrust of 100 tons, is to be tested from next year. It is 100 per cent made in India.
"It will use the same technologies as the combustion chamber that we have just tested", announces Ajay Galar.
This story is provided by India PR Distribution. ANI will not be responsible in any way for the content of this article. (ANI/India PR Distribution)