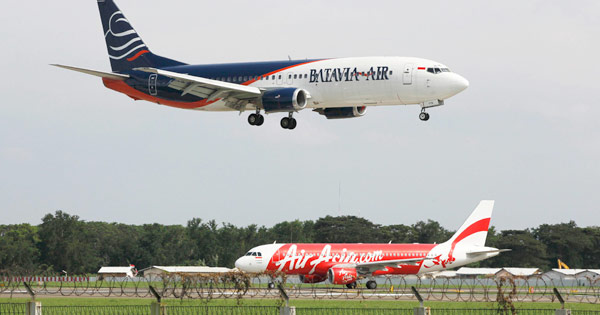 The airline had filed its application with the Ministry on April 23. It has plans to launch operations with a few aircraft and proposes to bring in 37 planes in next five years, they said.

The joint venture company is likely to have at least six members on its Board, comprising two nominees each from AirAsia and Tata Sons and one representative from Telestra Tradeplace. There would be an independent director on the board who would also be the non-executive chairman.

Tata Sons has nominated R Venkatraman, former executive assistant to Ratan Tata, and Bharat Vasani, the chief legal counsel of the Tata Group, on the Board.

AirAsia would be represented by Tony Fernandes and Kamarudin Bin Meranun, who are among the largest shareholders in AirAsia Bhd, while Arun Bhatia would represent Telstra Tradeplace on the Board of the newly formed venture.

Air Asia, which is the largest low-cost airline in Asia, has formed the joint venture with Tata Sons and Telestra Tradeplace of Arun Bhatia in a 49:30:21 holding to launch a low-cost carrier in the domestic market.

The venture received a formal approval from the Foreign Investment Promotion Board on April 4 to set up the company in the country.

The airline has a fleet of Airbus A320 planes and has even started hiring of cabin and cockpit crew.