AirAsia Flight With 162 People On Board Missing 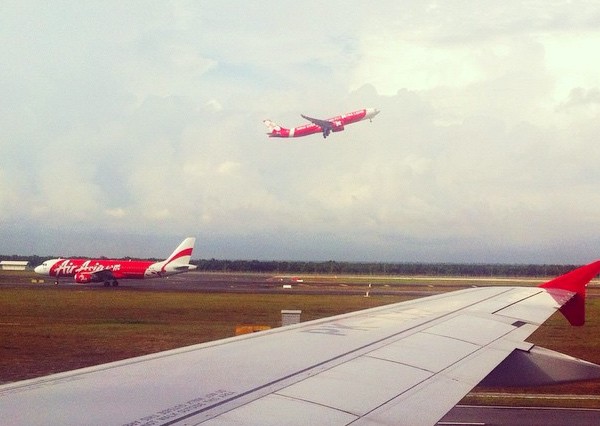 14 January, 2015
Print this article Font size -16+
Indonesia called off until first light a search for an AirAsia plane with 162 people on board that went missing on Sunday (28 December) after pilots asked to change course to avoid bad weather during a flight from Indonesia's Surabaya city to Singapore.

On board were 155 Indonesians, three South Koreans and one each from Singapore, Malaysia and Britain, plus a French pilot, the airline said in a statement, correcting earlier information.

Tatang Kurniadi, head of Indonesia's National Committee of Safety Transportation, expressed hope of locating the aircraft quickly and said it was too early to detect any of the so-called electronic pings from its black box recorder.

"We are using our capacity to search on sea and land. Hopefully we can find the location of the plane as soon as possible," he told a news conference.

"What I need to emphasize is until now, we have not found out how the plane fell or what kind of emergency it was."

Indonesia AirAsia is 49 percent owned by Malaysia-based budget carrier AirAsia, which has had a clean safety record since it began operating 13 years ago. The AirAsia group also has affiliates in Thailand, the Philippines and India.

The aircraft had accumulated approximately 23,000 flight hours in some 13,600 flights, according to Airbus.

The pilots of QZ8501 "was requesting deviation due to en-route weather before communication with the aircraft was lost," the airline said in a statement.

Singapore, Malaysia, Britain, South Korea and Australia offered to help in the search and any investigation. Malaysia said it was sending vessels and a C130 aircraft while Singapore had also sent a C130. Australian Prime Minister Tony Abbott said a P3 Orion aircraft was on standby if needed.

Anxious Relatives
Flight QZ8501 was between Tanjung Pandan on Indonesia's Belitung island and Pontianak, in West Kalimantan province on Borneo - almost halfway between Surabaya and Singapore - when it went missing. There was bad weather over Belitung at the time and the aircraft had been flying at 32,000 feet before asking to fly at 38,000 feet to avoid clouds.

In both Surabaya and Singapore, anxious relatives of people on the plane awaited news.

Louise Sidharta was at Singapore's Changi Airport waiting for her fiancée to return from a family holiday.

"It was supposed to be their last vacation before we got married," she said.

A man named Purnomo told TVOne in Surabaya of a lucky escape.

"I should have been on the flight," he said. "We, seven people, had planned to go to Singapore for vacation but this morning I had an emergency. I had my passport in hand."

Tony Fernandes, chief of Malaysia's AirAsia, said he was heading to Surabaya.

"My only thoughts are with the passengers and my crew. We put our hope in the SAR (search and rescue) operation and thank the Indonesia, Singapore and Malaysian governments," he said on Twitter.

AirAsia swapped its distinctive bright red logo for a grey background on its website and social media accounts.

The incident comes during a troubled year for Malaysia-affiliated airlines. Malaysian Airlines Flight MH370 went missing on March 8 on a trip from Kuala Lumpur to Beijing with 239 passengers and crew on board and has not been found.

On July 17, Flight MH17 was shot down over Ukraine, killing all 298 people on board.

Indonesia AirAsia has a fleet of 30 Airbus A320s. The missing plane has been in service for just over six years, according to airfleets.net.

All AirAsia-branded airlines operate aircraft made by Airbus, which has orders for several hundred planes from the group. AirAsia is considered one of the European planemaker's most important customers.
Tags assigned to this article:
top 2 airlines singapore airasia indonesia airasia indonesia