New Delhi [India], October 17 (ANI): Even though the central government and Delhi government are making efforts to curb the pollution level, the air quality continues to dip in the national capital for the last one week.
The visuals from Akshardham and near India Gate shows that a layer of haze is lingering in the sky, as the air quality dips in the national capital.
Air Quality Index (AQI) is at 294 in ITO, 256 in RK Puram, 286 in Anand Vihar, all three in 'poor' category, according to Delhi Pollution Control Committee (DPCC) data. AQI stands at 325 in DTU and 381 in Wazirpur, in the 'very poor' category.
An AQI between 0-50 is marked good, 51-100 is satisfactory, 101-200 is moderate, 201-300 is poor, 301-400 is very poor and 401-500 is considered severe. 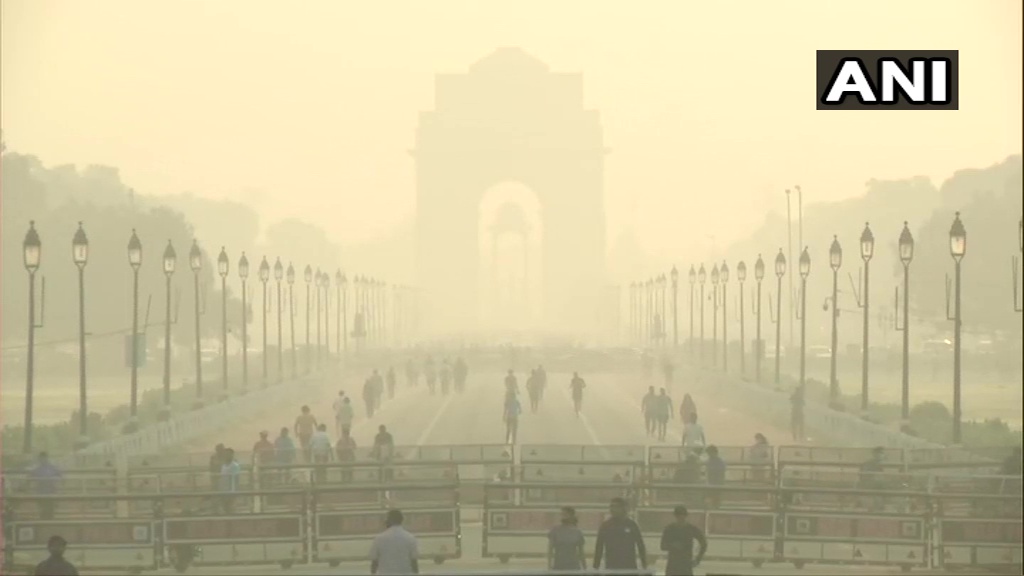 Gradually, the pollution is increasing, the condition of people is getting worse, people are having problems in breathing, as well as some children have started having throat problems due to contaminated air.
"We are not using eco-friendly products. We must avoid diesel and petrol. We must use solar panels and farmers should be helped to stop stubble burning," Amit Singh, a Delhi resident told ANI.
"I come here for cycling here. We can not enjoy the fresh air now. We are suffering from Air Pollution. It may cause more harm to health. People should also do plantation," Monika, another Delhi resident said. 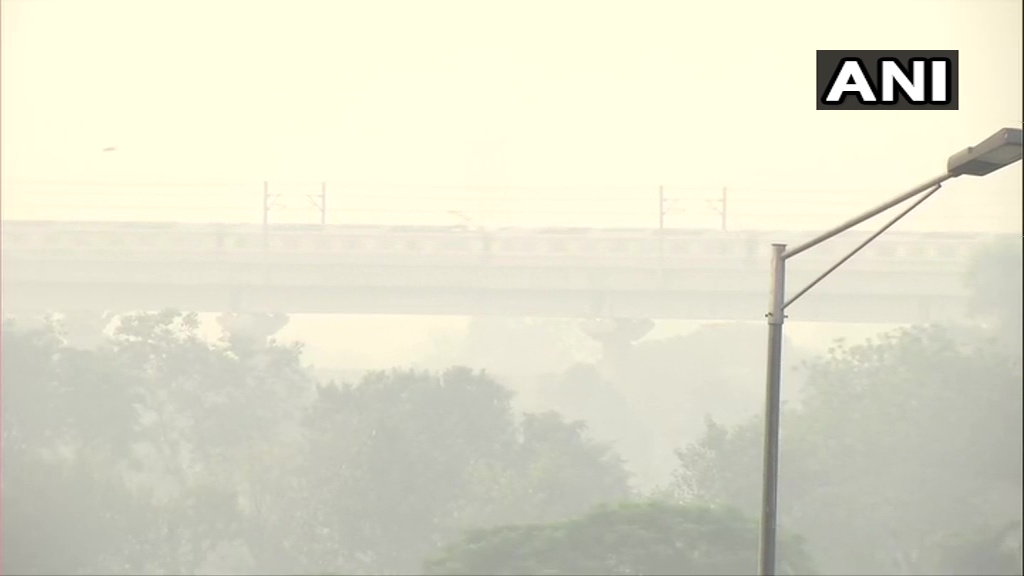 The centre and Delhi government seems to be at war in words with each other.
While Delhi chief minister Arvind Kejriwal said that air pollution is rising in the national capital this time due to stubble burning, Union environment minister Prakash Javadekar refuted it and said that 95 per cent of air pollution in the city is due to local factors.
Javadekar said stubble burning contributes only 4 per cent of pollutants in the environment of Delhi. "Rest is due to local factors like dust, construction and biomass burning So, 50 teams of the Central Pollution Control Board will be deployed for inspection in Delhi-NCR,"
Delhi Environment Minister Gopal Rai on Friday said that the situation of air pollution in Delhi is constantly deteriorating, but the agencies responsible for controlling the situation are not serious and so a penalty of Rs 1 crore has been imposed on North MCD for its negligence regarding the burning of garbage in Kirari area.
Delhi Chief Minister Arvind Kejriwal on Thursday said that if people take electric vehicles, they will be able to reduce vehicle pollution by 15 to 20 per cent.
The downward trend in the air quality of the national capital has become visible as farmers in the neighbouring states continue burning the stubble in their fields.
Meanwhile, Delhi Chief Minister Arvind Kejriwal and Environment Minister Gopal Rai on Tuesday kick-started the sprinkling of the bio-decomposer solution, prepared by Pusa Research Institute in a field at Hiranki Village in Narela area of the national capital to combat the persisting issue.
The process aims to convert stubble into compost and help in doing away with the practice of burning it. (ANI)