New Delhi [India], August 1 (ANI): Air Marshal VR Chaudhari AVSM VM took over as Air Officer Commanding-in-Chief of the Western Air Command, Indian Air Force from Air Marshal B Suresh PVSM AVSM VM ADC at an event at Subroto Park in the national capital on Saturday, a statement from the Indian Air Force (IAF) said.
The guard of honour parade was carried out to honour Air Marshal Choudhari, a recipient of the prestigious Ati Vishisht Seva Medal and the Vayu Sena Medal. 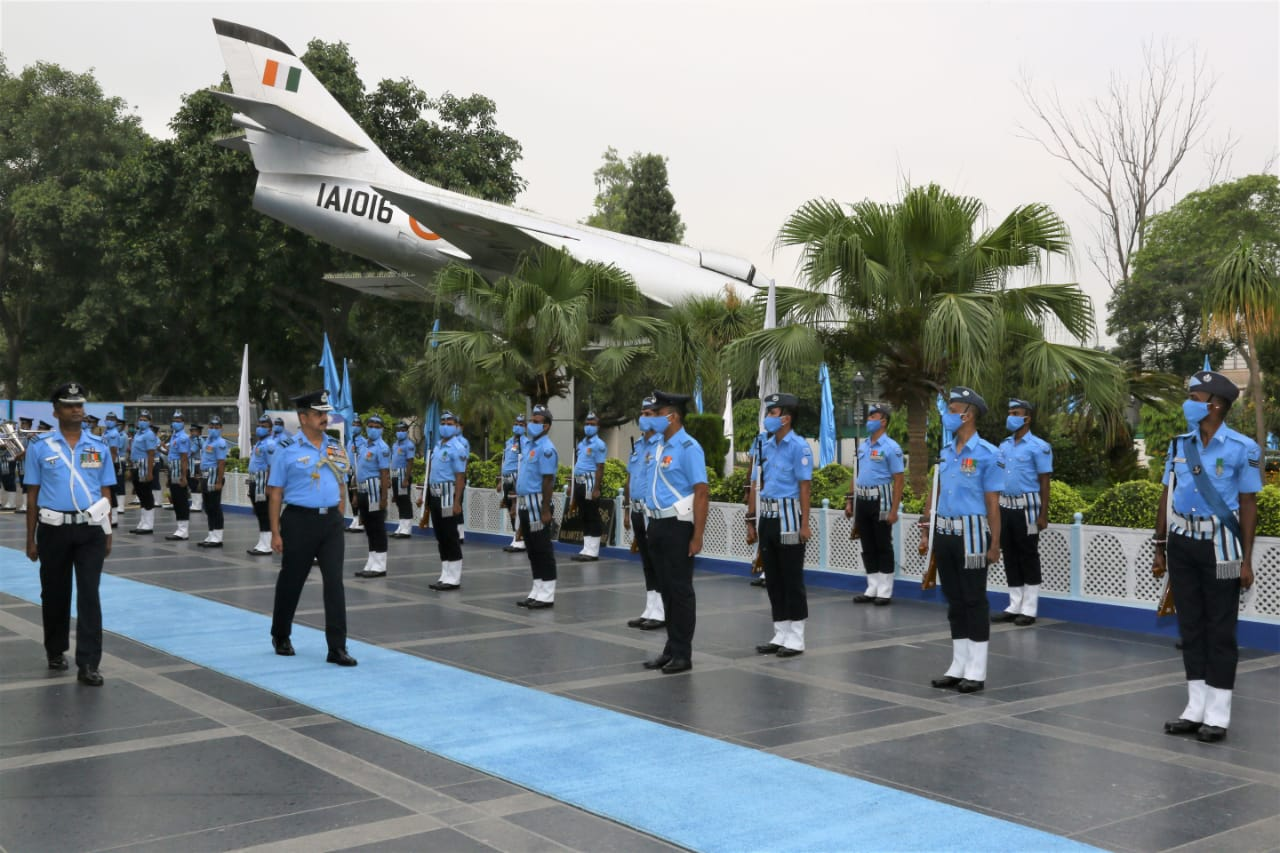 Mentioning the Air Marshal's accolades, the statement said, "Air Marshal VR Chaudhari was commissioned into fighter stream of the IAF on December 29, 1982, as a fighter pilot. In a distinguished career spanning nearly 38 years, the air officer has flown a wide variety of fighter and trainer aircraft in the inventory of IAF. He has a flying experience of more than 3800 hrs, including operational flying on MiG-21, MiG-23 MF, MiG 29 and Su-30 MKI fighter aircraft."
The statement added that the Air Officer had numerous important achievements.
"He was the Commanding Officer of a frontline fighter squadron and has also commanded a frontline fighter base. As an Air Vice Marshal, he held the coveted appointments of Assistant Chief of Air Staff Operations (Air Defence), Assistant Chief of Air Staff (Personnel Officers) at Air HQ Vayu Bhawan. As an Air Marshal, he held the appointment of Deputy Chief of the Air Staff at Air HQ Vayu Bhawan. Prior to his present appointment, he was the Senior Air Staff Officer, Eastern Air Command. The Air Marshal is an alumnus of the Defence Services Staff College, Wellington," the statement added.
"In recognition of his distinguished service, the Air Marshal was awarded Vayu Sena Medal in January 2004 and the Ati Vishist Seva Medal in January 2015," the statement added. (ANI)