Aiming In The Dark 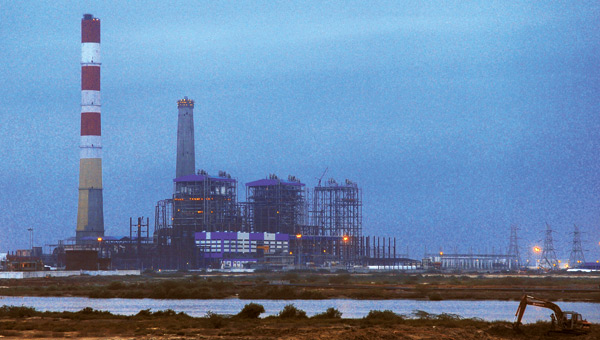 08 November, 2014
Print this article Font size -16+
Jayalalithaa, chief minister of Tamil Nadu, wants to make her state — currently plagued by long power cuts —power surplus by the end of this year. She is personally monitoring four in-the-works power projects in North Chennai (1,200 MW), Vallur (694 MW), Mettur (600 MW) and Neyveli (115 MW). She’s had enough of delays; originally, the plants were to go onstream between 2010 and 2012.

With the addition of 2,609 MW capacity when these plants are ready, the state’s installed capacity will cross 20,000 MW by mid-2014, compared to a peak demand of 14,174 MW (demand during the busiest times of the day). Three projects are likely to be commissioned by end-2013. The Mettur project, say sources, will be operational only by 2014.

In the north, Punjab, too, has woken up. If all goes well, 3,920 MW will flow into the grid by the end of the next fiscal, giving Punjab surplus power. On an average, it has an annual shortage of 2,365 MW.

“It (power shortage) is a legacy. To make matters worse, the tariff hikes have not been commensurate with the increasing cost of producing power. However, many projects are lined up for commissioning,” says Anirudh Tewari, power secretary of the state.

Similarly, six other states — Karnataka, Bihar, Kerala, Jharkhand, Haryana and Uttar Pradesh — want to go from being chronically power starved to supplying power to others.

The sense of urgency is understandable as these states are behind schedule. Tamil Nadu patched up 843 MW with the help of four central and one state project (three projects are thermal-based, while one is a nuclear power plant). Punjab added 704 MW — 34 MW hydro, 45 MW nuclear, and 625 MW thermal. Bihar managed a lowly 232 MW (55 MW hydro and 177 MW thermal), all from central power stations.

The Catch
The question to ask is whether the good intentions will actually lead to a change on the ground. There are plenty of sceptics who say that these states becoming power surplus is an illusion. That’s because the Central Electricity Authority (CEA) counts central power projects as part of the installed capacity in a state which, in turn, might draw only a little from the plant. So, the entire production that the states are counting on does not actually come to them.
More importantly, a lot of what is shown as installed capacity does not translate into reliable power being produced and fed.

Theoretically, even today, several of these states are power surplus if only the difference between total installed power capacity and the peak demand is taken. Take Jharkhand. CEA data shows the installed capacity as 3,049 MW, which is almost three times the state’s peak demand. In reality, a lot of this capacity is sold to other states through the central pool. Then, there is the problem of underperforming units. “Most of our units are old or obsolete. While the numbers might show capacity in excess of the state’s peak requirement, the ground reality is different,” says Vimal Kirti Singh, power secretary, Jharkhand.

The same goes for Tamil Nadu. Its installed capacity is much more than peak demand (see table). But 3,483 MW again comes from central projects, while the state draws about 960 MW. Also, a large portion of the capacity (more than 7,300 MW) is from renewable sources like wind and biomass, which can’t be counted on to meet peak needs.

In Bihar, too, central power stations supply 1,324 MW of its 1,833 MW installed capacity.
break-page-break
Claims Versus Reality
The CEA reported a peak demand of 130,006 MW in 2011-12 with a deficit of 13,815 MW for the country as a whole. According to a report by McKinsey & Company, demand for power will touch 335,000 MW by 2017. The rapid growth in manufacturing, an increase in per capita consumption, and expansion in rural electrification have contributed to the surge in power demand.

Moreover, if states want to attract business and investments, they have to ensure adequate power supply. Jharkhand, for instance, is expected to set up 1,374 MW capacity during the 12th Plan, according to the CEA’s November 2012 report. The state government has signed a slew of power purchase agreements (PPA) with independent power producers to almost double this capacity. “We will add around 2,600 MW in the current (Five-year) Plan. In fact, we are commissioning a project every 10 months. Our efforts to electrify villages have resulted in power requirement shooting up and we have made adequate arrangements to meet this need,” says Singh.

The first unit of a 540-MW (2x270 thermal project) plant set up by the Rs 3,500-crore Adhunik Group (which has interests in mining and steel) is to be commissioned by late February. Essar is to put up 1,800 MW projects (fired by coal). There has been a delay of a few months, but it is expected to come on line in 4-5 months. Apart from these, the state government is to start work on two coal-fired projects — Patrapu and Dhumla (1,320 MW each).

But signing deals is far from the reality of implementation. Kerala, for instance, is expected to receive 532 MW more power, of which about 430 MW will come from central projects in Tamil Nadu, and the rest from two state hydro projects. To be power surplus by 2014, it has to meet an increased peak demand of 3,922 MW. But an official in Kerala’s energy department says, “All these stations are still on paper. The work has not really started.” Also, the CEA does not expect any capacity to come in by end 2013.

Adds S. Chandrasekhar, managing director of Bhoruka Power Corporation, and head of CII’s southern region energy committee: “It will take at least 3-4 years for the entire southern region to be power surplus. The region has the highest percentage of power deficit (20 per cent) in the country, compared to the national average of 10 per cent.”

Another spoke in the wheel is shortage of fuel. Karnataka power officials admit that two projects in the Raichur district have coal linkage issues. It’s the same in Punjab. “GVK is implementing a project, but production has not started in coal mines due to land acquisition issues. We have written to the coal ministry to ask Coal India to supply to this project,” says Tewari.

It might be a chicken and egg situation, but some do not see it that way. “Without firm arrangements for fuel supply, power producers should not be putting up capacity. If domestic fuel is not available, they should import it and sell electricity at a price which can absorb this cost,” says Gajendra Haldea, infrastructure advisor to the Planning Commission.

Haldea says that while power from imported fuel will be more expensive, there are many consumers who want uninterrupted quality power and are ready to pay for it. “The onus is on the state governments to introduce open access reforms. But they won’t do it as it would reduce their monopolistic powers.” He feels that despite the Electricity Act (2003), the power sector is still run by state-run monopolies, and “the Centre has not pushed states hard enough”.

Given that a lot of projects are not near completion or production, the states’ claims to being power surplus are merely that — claims.