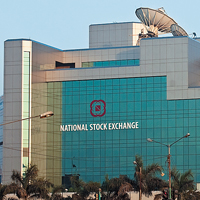 08 November, 2014
Print this article Font size -16+
This week will go a long way to determining whether the uncertainty hanging over the world economy and markets fades after a rocky January or lasts further into the year.

A raft of global business surveys, jobs data from the United States and central bank meetings in Europe should offer a clearer view on how well the global economy is faring at the start of 2014.

Most economists have been expecting a better 12 months after three years of slowing global growth, but the recent turmoil in emerging markets has given them pause for thought.

MSCI's global index posted its largest monthly decline since May 2012 in January, sliding 4 per cent.

Emerging markets were down 6.6 per cent for the month - their worst January since 2009 - after another turbulent day on Friday, when the Russian rouble slid and bond yields rose sharply across the board.

"Markets in the major economies will continue to be subject to trends in emerging markets (this) week, both in terms of overall currency and stock market sentiment," said Philip Shaw, chief economist at Investec.

First up are purchasing managers' indexes (PMIs), which survey thousands of businesses worldwide. While the PMIs from Europe and the United States are expected to show more growth, particular attention will be paid to those from China.

"There are … potential flashpoints in the form of various Chinese PMI indices - signs of a slowdown in the pace of economic activity in China would result in the risk-off lights starting to flash again."

The other key data will be Friday's jobs report from the United States.

The world's No.1 economy added the fewest workers in nearly three years in December - just 74,000 non-farm jobs - although the consensus of economists polled by Reuters points to a rebound in January.

Still, there could be potential for another nasty surprise.

Central Banks In Focus
Fears about emerging economies intensified after Turkey, South Africa and India failed to halt a wholesale capital flight by raising their interest rates. The Federal Reserve's decision to withdraw more of its monetary stimulus and weak Chinese data added to the concerns.

With Turkey and South Africa's hikes in particular aimed at countering steep currency depreciations, the pressure is on other emerging central banks to follow suit.

"One of the underlying issues is that the market believes that real rates are just too low in emerging markets in an environment of falling liquidity provision," said Ishitaa Sharma, global markets analyst at Citi, in a note to clients.

India's central bank governor, Raghuram Rajan, last week criticised what he called a breakdown in global monetary coordination, saying developed countries could not wash their hands of the turmoil their actions caused in emerging markets.

European Central Bank President Mario Draghi will have a chance to address the emerging market worries after the central bank's policy decision on Thursday.

Euro zone inflation fell to 0.7 per cent in January, putting the ECB under further pressure to meet its target of keeping inflation below but close to 2 per cent.

"While we recognise that the probability of further easing has risen significantly, on balance we believe that the ECB might want to accumulate a bit more information before taking such a decision."

The Bank of England, also meeting on Thursday, is not expected to announce any change to interest rates, although there is a small chance it might make a statement to clarify its forward guidance.

More likely, though, it will wait until its quarterly inflation report next week to reveal how it will conduct forward guidance from here.

Looking further ahead, Bank of Japan policymakers meet next week to set monetary policy. The sharp selloff in emerging markets plays into the hands of those at the BoJ who fear the pick-up in exports is lacklustre and so may require extra monetary stimulus sooner rather than later.