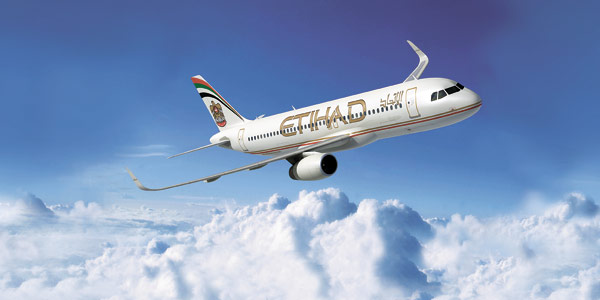 08 November, 2014
Print this article Font size -16+
On 2 July,  the biggest deal that Naresh Goyal had pulled off in his life suddenly came under unprecedented attack — from politicians with both right and left leanings, bureaucrats, the media, airline rivals and regulators. Two months after the chairman of Jet Airways thought that his deal with Etihad was signed and sealed, and that there would be nothing further that could derail it, he found that it was in serious danger of coming undone. The master lobbyist was getting a taste of his own medicine.

Goyal did what he typically does when faced with any threat to his business. He flew down to Delhi and started doing the rounds of ministries, persuading the powers that be to see things his way.  He first met the civil aviation secretary and then the civil aviation minister, Ajit Singh, late in the evening. He met the finance minister P. Chidambaram the next day.

Goyal certainly managed to find supporters for his views. Ajit Singh — who spoke to BW on 4 July — appeared on various television channels to defend the government’s signing of the increased bilateral seats deal with Abu Dhabi, and the go-ahead given to the Jet-Etihad agreement. The minister, who had worked overtime to get the deal inked in April, strongly defended the decision to increase Abu Dhabi’s seat entitlement, saying it had been done in the larger interest of the nation and was not limited to the aviation sector alone. He said the government was in favour of increased connectivity across India — regardless of which private player took the initiative.

Meanwhile, the Prime Minister and his office, under attack for clearing the Abu Dhabi deal in haste despite the apparent misgivings of an inter-ministerial group, came out with a detailed note explaining the sequence of events and justifying their actions.  The PMO’s 3 July note clarified that the government had indeed been in favour of the increased entitlements and that the various concerns of MPs would be addressed in due course.

Though the suddenness and ferocity of the attack on 2 July came as a shock to Jet Airways’ senior management, the fact is that no one in the airline truly expected the deal to go through without hiccups or a stiff fight.

In the first week of May, when the airline approached markets regulator Securities and Exchange Board of India (Sebi) and the Foreign Investment Promotion Board (FIPB) for final approvals, it became apparent that there was trouble brewing. FIPB deferred granting approval while Sebi raised several objections to the agreement between the two airlines. The Competition Commission of India (CCI) too raised several queries.

The markets regulator objected to the deal on the ground that the effective control of Jet would shift to Etihad; it said the airline would have to alter the deal to ensure that control remained in Mumbai. Whether Sebi’s concern was genuine or whether its objection was merely at the behest of forces in the capital, where the wheels had begun to turn, no one is certain.

Specifically, Sebi wanted Indians in a majority on the Jet board; the original agreement had given a larger representation to the other side. Second, it objected to the moving of several functions, including revenue, to Abu Dhabi. And third, it opposed Etihad being given powers in a manner that required its concurrence even for taking routine decisions.

An informal message was sent to Goyal that the government would only sanction what was legally permissible and neither Sebi nor FIPB rules would be changed to suit the deal. “It became evident that he (Goyal) had ceded substantial control of his airline to the Abu Dhabi carrier,” says a top government official.
break-page-break
In the weeks that followed, Jet began to rejig parts of the original agreement with Etihad to tailor it to fit Indian laws. But even as the two worked on the details of the new agreement, hectic lobbying against the deal was under way in Delhi.

According to senior government sources, the lobbying was being done at the behest of a rival domestic carrier, which had managed to rope in senior BJP leaders such as Yashwant Sinha who, in turn, had gathered support of several members of Parliament, including Dinesh Trivedi, Subramanian Swamy and senior BJP leader and former external affairs minister Jaswant Singh.

Several members of Parliament cutting across party lines shot off letters to the Prime Minister (the first on 12 June) objecting to the deal. While Jaswant Singh argued that the deal could pose security concerns for the country, others said the increased bilateral entitlements would hurt Air India’s interests. The MPs threatened to file public interest litigations if the government cleared the deal.

However, senior government sources told BW that reneging on the memorandum of understanding signed with Abu Dhabi was “out of the question” since the government did not want the matter to escalate into a “diplomatic spat” with the Abu Dhabi government, which owns Etihad Airways. “As it is, their patience over this entire episode is wearing thin,” says a senior official.

Negotiations between Jet and Etihad had dragged for more than 7-8 months. Then, earlier this year, the Prime Minister cancelled his visit to Abu Dhabi at short notice, which upset the emirate. External affairs minister Salman Khurshid then dashed to Abu Dhabi to placate its sheikh, who refused to meet the minister.

Besides,  though no one wants to talk about it, there is an expectation that Abu Dhabi will make a substantial investment in India’s infrastructure sector over the next two years. “The country has funds to the tune of $3 trillion to invest. Why should India not benefit from them,” asks a senior government official not wanting to be named.

The civil aviation minister and the bureaucrats in his ministry are fairly sure that despite all the noise and fury, the deal has gone too far ahead to be stopped now.

But the Jet chairman will probably have to give way on many of the clauses he had originally expected to get away with. The high-flyer is right now on a wing and a prayer — and hoping against hope that his grand plans aren’t grounded.