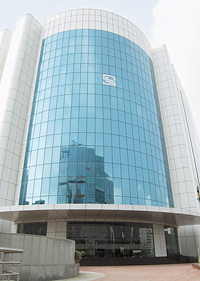 India Moves WTO
India is dragging the US to the World Trade Organisation (WTO) over the rising cost of US work visas. The complaint is at the level of WTO ‘consultations' between the two parties — the last step to resolve a disagreement before entering a full-fledged legal dispute.

The Plot Thickens
The Company Law Board has allowed Unitech to go for arbitration in Singapore to settle a dispute with its Norwegian partner Telenor. The two companies are fighting over the control and transfer of assets of their joint venture Uninor. In February, the Supreme Court had cancelled 122 2G licences, including Uninor's. Telenor had bought a stake in Uninor after it had bagged 16 of those licences. After the court cancelled the licences, Telenor sued Unitech for breach of warranties.

Cutting Losses
AT&T has sold its yellow pages business to private equity firm Cerberus Capital for $950 million. The sale is part of the US telecom firm's strategy to get rid of shrinking areas of its business and focus on growth areas such as wireless. Once a cash cow for telephone companies, telephone directories have become much less relevant in recent years as consumers now increasingly turn to the Internet to look up telephone numbers. Last year, yellow pages generated about $3.3 billion in revenue.

Unkept Promise
If Indian Internet users took a cue from this, many an Internet service provider would be in trouble. A California woman, Patricia Allen, has filed a complaint at the Los Angeles state court against Internet service provider Verizon. Allen alleged that a Verizon salesperson talked her into switching from a $24.99 digital subscriber line (DSL) plan to a $34.99 one that was supposed to deliver  Internet speed of 1.5 megabyte per second, but the connection never even crossed half that speed.

Sahara Eyes The Plaza
Sahara India Pariwar has made an unsolicited $600 million offer to acquire the landmark Plaza Hotel in New York. The deal would need the approval of Israeli-owned El Ad US Holding Inc. and its partner in the hotel, Kingdom Holding Co., controlled by Saudi Arabia's Prince Alwaleed bin Talal. The Plaza is a 105-year-old landmark property in New York whose guests have included Marilyn Monroe and the Beatles.

Lab On Space Meds
China has set up a laboratory to conduct research on medicines for astronauts during space missions.