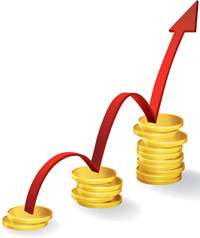 08 November, 2014
Print this article Font size -16+
The recent rule change by the Securities Exchange Board of India (Sebi) allowing mutual funds (MFs) to increase expense ratios by an additional 20 basis points (bps) may hurt MF investors by eating into their returns.
This additional levy is partly a service tax on investment and advisory fees to the scheme. That’s not all. Sebi is also allowing asset management companies (AMCs) to increase their expense ratio up to 30 bps, if 30 per cent of new fund collections come from towns beyond the top 15 cities in India by population.
Investors already pay 2.5 per cent of the value of their investments as expenses for funds that are smaller than Rs 100 crore in assets under management (AUM). This will go up to 3 per cent. This will be on account of the implicit cross-subsidy that they will be footing for the MFs’ business development activities.
Distributors are not worried since most investors are unaware of the new rule and those that do know won’t fret until it actually hits them. “Mutual funds aren’t talking about increasing the expense ratios now either; the impact will be known after a year,” says Renu Pothen, head of research at Fundsupermart.
Will all MFs benefit? “It’s for the convenience of the big players,” says a senior official from a leading MF firm on condition of anonymity. “Small mutual funds are struggling for survival and don’t have the money to expand. They depend on the top 8-10 cities.”
Additional charges impact the overall returns of a fund, and today AMCs are not in a position to charge extra without performing. However, there is a possibility of abusing the new norms since there is a limit on the overall charges, but there is no limit on its usage. Quantum Mutual Funds is refusing to make existing investors pay for their development activities.
“The new regulation should be looked at from a holistic approach,” says A. Balasubramanian, CEO of Birla Sun Life Mutual Fund. “It will help the industry grow with new players coming in; secondly, one is looking at the extreme scenario.” He is probably right; collecting money will not be easy from tier-2 and tier-3 cities.
Here’s how it works. If a fund with a Rs 1,000-crore corpus collects new money of Rs 10 crore, of which Rs 3 crore comes from beyond the top 15 cities, then the fund can charge an additional 30 bps as expense ratio (Rs 3 crore here) on the entire Rs 1,010 crore. That’s not all; the AMC can even charge 30 bps if the new inflow from beyond 15 cities is equal to the 15 per cent of the average total money in the fund. (See graphic)
Balasubramanian doesn’t see more than a 10-12 bps hike in expense structure, at best. But some worry that investors who have been staying out of equity markets will have another reason to stay out of MFs too. As they should.
Equity investment has not shown any growth in the last six months. The AUM equities category has grown by just 2.5 per cent since 31 March, despite the market having gone up 8 per cent.

Discounting the mark-to-market rise in equities, there has been an outflow rather than an inflow into equity schemes. Sebi’s plan is another shot in the dark, but we won’t know what it hit for some time yet.