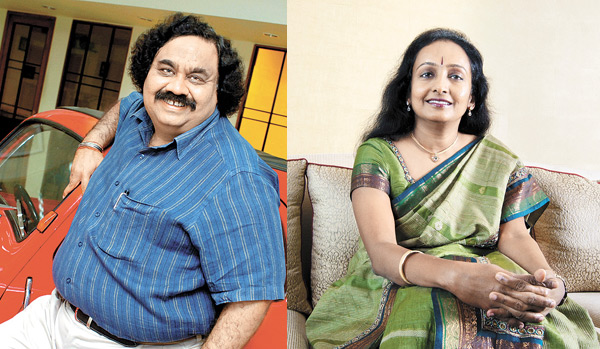 08 November, 2014
Print this article Font size -16+
Advertising veteran and former Dentsu chief Sandeep Goyal and Renuka Ramnath-promoted Multiples Alternate Asset Management have inked an investment deal wherein the private equity (PE) fund will infuse Rs 100 crore into Goyal’s new digital media venture, Mogae Media. Confirming the Multiples investment plan, Goyal says the capital will help his new mobile ad firm scale up on both technology and client base.
The year-old Mogae Media went on stream as the exclusive ad inventory management agency for Bharati Airtel. Mogae is currently selling all of Airtel’s ad space across different digital formats — voice, text, data and DTH. “When a customer wanders through a mall making purchases, we track his tastes and preferences. This gives us the database for targeting marketing and advertising initiatives of our clients,” says Goyal. “We have 50 advertisers on board ranging from Nestlé, HDFC Life to Samsung and Star TV, with 25 active customers in any given month. The Multiples investment will be directed into analytics, newer tools and products to ramp up scale,” he adds. He also recently launched Mobocracy, a mobile creative ad agency.
Goyal did not disclose the equity structure in Mogae Media after the Multiples investment. And calls to Ramnath and her colleague Abhinav Dhall, who worked on the deal, elicited a “No comments”. It is, however, understood that the structure is complex and dynamic.
From Multiples’ point of view, the investment is significant since it affirms the PE fund’s stomach for New Age businesses. Ramnath’s investments in emerging business models include PVR in 2003 and the incubation of TechProcess (an electronic payments processing firm) when she headed ICICI Venture. Multiples, meanwhile, has invested in India Energy Exchange, another emerging business model. The Mogae funding is a calculated bet on the growing mobile market. It is also a vote of confidence in Goyal, who exited Dentsu after selling his 26 per cent stake for a reported $250 million in 2011.
For Goyal, it has been a long journey. From ad agency Rediffusion, where he was president, Goyal moved to Zee Telefilms as CEO in 2001. The Mogae brand too goes way back. Named after Moga, Goyal’s hometown in Punjab, Mogae Consultants was set up in 2002 to partner Dentsu’s India entry. The JV grew to become India’s fourth largest ad agency. Goyal, after his exit from Dentsu, also launched Mogae Digital, a 50:50 JV with Astro of Malaysia. Mogae Digital runs a variety of short-code services for Aircel. It has also developed a mobile karaoke offering called Mobigamapa for its telecom clients.
Meanwhile, Goyal is currently giving all his time to Mogae Media. Mogae is keen to take targeted mobile advertising to new frontiers, and recently launched India’s first mobile rural radio that reaches ‘dark’ communication regions in UP, Bihar and other Hindi-speaking states.