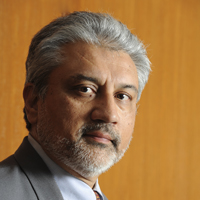 08 November, 2014
Print this article Font size -16+
Lost in the din of the high decibel TV heat generated by the Italian government’s short lived refusal to let two trigger happy sailors come back to India to face murder charges was the fact that there was a real legal issue here that Italy was trying to unsuccessfully agitate with India.

Recall the facts. MV Enrica Lexie was traveling from Singapore to Egypt with a crew of 34 including 19 Indians accompanied by six Italian marines from the San Marco Regiment, while the fishing trawler St. Antonyleft Neendakara Kerala with a crew of 11 to fish for tuna. If you buy the Indian story, the incident occurred at approximately 16:30 IST on 15 February 2012some 20.5 nautical miles off the coast of Kerala within India’s Contiguous zone.If you buy the Italian story, satellite tracking confirms that the tanker was at the time 33 miles off the south west coast of India, well outside our territorial waters. Clearly, there is a disputed question of fact here you can really practice your prejudices on. Either ways, the tragedy may have been a warning shot based on a misreading of the situation that went wrong. It may be true that small fishing boats do not chase down ocean going tankers but it is equally true that I wouldn’t want our soldiers tried by a court in Congo or elsewhere because they went on a turkey shoot in the rebel infested African bush and hit some locals. This is classic mixed emotion stuff.

The key thing though is that you don’t have to be a soldier to inadvertently kill someone. In every such case, if you achieve this terrifying unlikely event in international air or water, the question is: who should try you?Which is why the Supreme Court has so far unsuccessfully tried to get our United Particularly Ambivalent Government to set up a special court to decide this question?

You would be naïve to think this could not happen to you. Imagine yourself basking in the tropical sun along the railings of a cruise ship in the Strait of Malacca. Your only cousin, who will inherit half of your ancestral house in Chanakyapuri Delhi strolls towards you holding his sixth double Pina Colada and being unsteady on his feet, kicks your toe, loses balance and is pitched over the side. You hear a splash far below, and then see sharks in a frenzy in rose tinted waters that quickly ebb away. The sole witness, standing twenty feet off simply saw you trip him up. There is no body to recover and no autopsy report of too much alcohol in the bloodstream. Why will I not assume that you killed a co-inheritor of a valuable property? Will you find yourself meeting your fate in the jail in Malacca?

Why deal with such grave stuff?You brush against a man in the aisle of an airplane: the man loses his temper and expresses an opinion about your mother while pushing you violently. You are bent over backwards as he reaches for your face. You try to right yourself and you push back. He trips over, hits his neck against the seat and breaks it. Like it or not, you probably are guilty of killing him and you are going to be tried for it. Not everyone accused of a crime in a foreign land picked up a gun and brought on his own Armageddon. All life is a wager and so many get it in the neck for very little - or nothing - they did. Which court hauls these guys across the legal coals?

Let’s look at Indian law on this point. First, Section 4 of the Indian Penal Code extends the operation of Indian law to every citizen of India regardless of whether the offense was committed in or out of India. So if you decide to kill someone in Barkina Faso, you can be tried in India, which may be no bad thing given the state of the jails in Sierra Leone! The Penal Code also extends the same courtesy to every person who is on a ship or aircraft registered in India. In sum, any Indian citizen anywhere in the world, and every foreigner in India, or on an Indian ship or aircraft overseas, can be tried in an Indian court. Most countries have created similar laws.

To resolve conflict of laws, nations have signed a multiplicity of treaties that govern this question of jurisdiction. Let me try and summarize the position for you. First let’s look at crimes committed at sea.

If you are an NRI holding an American passport aboard Cruise ship Superstar Libra on the Kidmat Island to Goa cruise from Bombay, you will find yourself on a ship run by a Hong Kong company but on a ship registered in Nassau in the Bahamas. Now, if you are accused of tripping your cousin into the shark infested waters of the Indian Ocean, you can be tried in the Bahamas. At the same time, if you pitched your cousin into the sea within the territorial waters of Lakshdweep, you can be tried in the Indian courts at the same time. Third, if you committed this crime on the high seas, you would ordinarily be tried by American courts. Finally, although you are an American national, if you have spent the last ten years working in your company’s manufacturing facility in Chengdu, you can also be tried in China because that is where you can be “ordinarily found”! Either ways, once that cousin has been tripped, four legal dogs will be tearing you limb for limb with intent to try you in their court.

It’s not quite different for flying. If you are an ethnic Indian holding an American passport aboard an Aeroflot flight on your way from Delhi to Hurgada in Egypt, you could be tried for pushing your abusive co-passenger where the airplane is registered i.e. Moscow. You could also be tried in Egypt because that is where the plane landed after the crime was committed. As you can guess, you can also be tried in America because you are after all an American citizen. In addition, if you want your teenage daughters to grow up in India and are trying to stabilize an outsourcing set up in Gurgaon for the last few years, you could be tried here. Any which way you look at it, pushing people around in the air is a dodgy idea though I can see the potential for jailbird tourism in it!

Given all these confusing ‘jurisdictional’ realities of high seas and international air space crimes, what are we to think about what to do with our Italian stallions? The Kerala sessions court has arrogated to itself the power to try these men even though we know that this court’s jurisdiction does not extend to the next district, leave alone twenty or thirty three miles out to sea. Considering that this court has done so with respect to soldiers of another country on duty on a ship running the risk of piracy, I would expect the Italians to be upset. Since the jurisdiction of the state extends to only 12 nautical miles, on 18 January 2013, the Supreme Court of India ruled that Kerala did not have authority to adjudicate on the case.The Supreme Court also asked the Union Government to constitute a special federal court to try these marines in accordance with international law. Well aware of all these issues, why should anyone be surprised that the Supreme Court was less than paranoid in granting the Italians bail to go home for short periods from time to time? Do bear in mind that ten weeks later, there is still no court in sight and we may not see one for ten years.

So what is the correct position in international law? It is debatable at the best of times. Italy claims sovereign immunity for its soldiers from prosecution in foreign courts. India claims there is a limit to sovereign immunity because these soldiers were on contract protecting the private interests of the ship owners, not projecting the power of the Italian sovereign. The jurisdiction question is as we have noted above a complex one but on this we should be able to agree: in such situations, everyone and their country cousins have jurisdiction and jurisdiction is exercised most legitimately by he who nabs the stallions first. This is probably the greatest learning that any jet setter can derive from this international tragedy. If it is your misfortune to find yourself on the accused end of an inadvertent crime, since you know that the hounds will tear at each other to get at you, you would do well to be sure that you hold on to your hat and go running into the kennel of the hound that has the least brutal way of dealing with undertrials and persons accused of crimes. Best of luck.