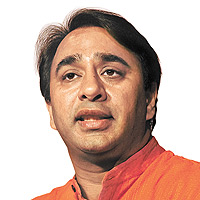 The Consequences Of Commercialisation
His ability to attract the finances (in the form of grants) that SKS needed when it was still an NGO, and to bring in the likes of Vinod Khosla, former CEO of Sun Microsystems, and other Silicon Valley millionaires of Indian origin — people of modest beginnings who made it big in the software industry — as investors in a social venture have been widely acknowledged.

"The second round of investors (mainly private equity investors) was another story altogether," says M.S. Sriram, professor at Indian Institute of Management, Ahmedabad, who has worked on microfinance issues for a long time (he now works on banking). "Private equity firms bring standardisation to the engagement when they go in for scaling up, and that may not meet the changing needs of the borrower."

The Gurumani sacking barely two months after the highly successful IPO debut brought Akula back as executive chairman of SKS, but the incident left a sour aftertaste. The sudden wealth that the SKS IPO created for company executives, mainly Akula and Gurumani, through employee stock options or ESOPs, also raised a number of hackles in AP, with many politicians suggesting that these riches were made on the back of the state's poor people who saw no tangible benefit.

"It appears to be a simple matter of greed," says another leading investment banker who also did not wish to be identified. "There is no reason not to have let Gurumani go after he exercised his stock options that were due to him anyway." Yet, Akula's public pronouncements have always focused on the social good that he makes his mission, of using microfinance to lift people out of poverty.

"Poverty alleviation as a goal is philosophically confusing," says P.N. Vasudevan, managing director of Equitas Microfinance in Chennai. "Or should we be talking of providing access to credit on a fair and transparent basis?" The other philosophical confusion, says Vasudevan, is between whether it should be done on a non-profit or a for-profit basis.

break-page-break
The Business Model in Transition
In his PhD thesis on microfinance at the University of Chicago, Akula seemed to criticise the for-profit model for microfinance as being almost immoral or unethical. But in his book, A Fistful Of Rice, he seems to have reversed his position, talking about how the commercial model of microfinance (in other words, for-profit) could eradicate poverty.

"There are two basic models that deliver financial services to the poor," explains Suresh Krishna, managing director of Bangalore-based microfinance company Grameen Financial Services. "There's the SHG approach, which is a developmental model; and the Grameen Bank model, wherein credit is made available on commercial terms." While the SHG model uses government money (unlimited resources), the Grameen model has capital constraints.

Originally, SKS was more like a mutual benefit society that ran on grants. The initial capital came from foundations and perhaps retail donations from US-based friends of Akula's. But to scale up, the company needed to become an NBFC, and that required Rs 2 crore in capital.

The internal accruals already present in the then five branches of the co-operative (they became mutual benefit trusts, or MBTs, where the members and beneficiaries were the women borrowers) was reinvested in the capital of the NBFC. Private equity firms then got interested, mainly Sequoia Capital and Sandstone Capital, among a few others.

What has excited the company's critics is what they claim as lack of transparency in the governance of the MBTs, which own nearly 12 per cent of the company's stock. "There is no clarity on the benefits to the beneficiaries of the trust," says one. "How are the proceeds from the offer for sale that was part of the IPO being distributed?" Readers may recall that along with a fresh issue of shares, some of pre-IPO shareholders of SKS sold parts of their stakes in the IPO as well, including the private equity firms.

Trouble In Paradise
But the troubles would begin soon. A spate of suicides — supposedly triggered by the coercive collection practices as claimed by the AP government — was blamed on the microfinance industry. High-profile SKS was a major target.

The intense competition among MFIs in the state highlights one critical fact: the population in the state is among the most indebted in the country, and multiple lendings abound. "If you look at the Reserve Bank of India's (RBI) reports, the credit deposit ratios, particularly in the rural parts of the state, are among the highest," says Sriram.

It also seems clear that borrowers have multiple MFIs to borrow from, and do, without the collateral ability to repay. "People borrow from one MFI to meet the repayments from the others," says one official. He suggests that as a possible reason for the suicides.

But is that enough reason for enacting a near-draconian law? The state government has said that it had written to the RBI thrice during the tenure of the Rosaiah government, but received no reply regarding how MFIs are regulated. So it took the law into its own hands, so to speak.

The result has been a near-freeze on the activities of SKS in AP. As mentioned earlier, the company posted a loss in the fourth quarter results, and stock analysts are bracing for more losses to follow. About a fourth of the loan book, or roughly Rs 1,000 crore, is AP-based. If a significant portion of that is written off, it could dent the company's net worth severely, and the stock fell on the exchanges on the news.

Where will the company get the capital to carry on operations elsewhere in India? "On-tap securitisation is one possible solution," says Abizer Diwanji, head of the financial services practice at global consultancy KPMG. "Lenders for commercial vehicles use this already. The company keeps the collection risk, and passes on a part of the spread to the buyers of the securitisation programme." On 19 May, SKS CFO Dilli Raj said that the company had securitised a part of its non-AP portfolio to raise Rs 600 crore.

SKS and other MFIs may have gloried in the competition they brought in giving the unbanked poor access to credit in a way unimagined before. In most cases, even this one, that competition may be a good thing. But they will do well to remember what happened to the short-term personal loan market in 2006-08.

In the early part of the last decade, and until 2006, GE Money and Citicorp were the market leaders, amounting to about Rs 7,000 crore. In 2006, seven or eight new players entered and the market share jumped to Rs 17,000 crore. In 2008, after multiple lendings led to extraordinary defaults, the industry collapsed, and disappeared. If the same happens to the microfinance industry, it would be a pity.