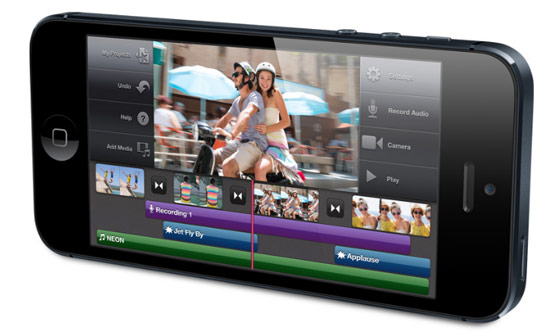 08 November, 2014
Print this article Font size -16+
The yearly launch of the latest iPhone is a bit like a big-ticket movie release. Intense anticipation and hype followed by a craze to be among the first few to experience it. And much like the movies, if you don't snag it in the opening weekend, all the best with catching it easily thereafter. Just ask the droves who didn't pre-book the iPhone 5 when it launched in India and are still looking for one…

But wait a minute? Haven't the naysayers already said this is just an incremental upgrade to the previous generation iPhone, meant only to play catch-up with the Android super phones? Or, for that matter, one that stakes claims on no records — not the biggest screen, not the thinnest specs, nor world's-first hardware feature.

All these reasons to be seemingly disappointed with the new iPhone 5 go away when you first pick it up. First reaction: is this a dummy unit? It really is that light, and no amount of knowing that it is lighter than the 4S by 20 per cent prepares you for it. And unlike the plastic bodies that you see on a number of competitors, the reduced weight in no way feels any less premium than the previous iPhone - this is a phone frame designed for strength, it just does so a little more subtly. And the finish! Comparisons to a handcrafted piece of jewelry abound, and they're not off the mark.

Get past this and there's the taller (but not wider) 1136x640 pixel Retina display, ostensibly meant to let you still swipe across it with your thumb, unlike its significantly larger competition that are, quite literally, a handful. Maybe I'm spoilt by the bevy of large screen devices of late, but I personally would have preferred a bigger, wider screen. As it stands, most apps are being updated to the new resolution, but you may still have the odd app that is letterboxed (black borders along the short edge of the phone).

There're a fair number of spec bumps as well — an updated processor, better cameras, better call quality and the most controversial - a new reversible Lighting connector that renders the 2003-spec older analog connector and all your accessories obsolete (or you pony up for an adapter). It may be tough to stomach in the beginning, but then again, obsolescence is never pretty.

The iPhone 5 then is a much-polished and highly refined revision to Apple's flagship device, and if anything, it's the operating system here that's beginning to show its age and feel a bit dated.