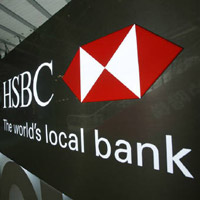 08 November, 2014
Print this article Font size -16+
For years, Aberdeen Asset Management laboured in India in the shadow of HSBC's star stock-picker Sanjiv Duggal. The rupee crisis has changed that. A lower-risk investment approach by Aberdeen has trumped Duggal's riskier strategy, which had paid off handsomely for years, in a dramatic change of fortunes for the two largest India funds geared to foreign investors.

The Aberdeen Global-Indian Equity Fund overtook the HSBC's GIF Indian Equity fund last year in the league of assets under management and the gap between the two has been widening.

At $4 billion, the Aberdeen fund is now double the size of the $2 billion HSBC fund, data from industry tracker Lipper, a Thomson Reuters company, shows.

HSBC "has lost huge market share," said Dhruva Raj Chatterji, a senior investment consultant at fund research firm Morningstar. Duggal had been overweight on cyclicals and rate sensitive stocks and underweight on defensive plays such as consumer and healthcare shares, he said.

The shift in their fortunes has happened as investors took fright at India's struggle in the past two years with a growing economic crisis, which culminated this year with a 20 per cent slump in the rupee to a record low of 68.85 on August 28.

Economic growth has slowed down to less half the pace seen in early 2010 and the current account has ballooned to a record deficit.

What makes Aberdeen's performance all the more remarkable is that it has increased its funds under management while India-focused mutual funds and exchange traded funds overall have seen net outflows, Lipper figures show.

Both are long-only funds, which restricts their ability to cope with falling markets. Their different strategies are reflected in their performances this year.

The Aberdeen fund is down 15.6 per cent this year through August, a smaller decline compared to the average 23 per cent drop for offshore equity funds focused on India and the 20.2 per cent slide in the MSCI India index, a benchmark measured in dollar terms.

Duggal's fund dropped 34.5 per cent over the same period, its worst performance compared with its benchmark since the fund launched in 1996, the Lipper data shows.

The fund manager moved to Hong Kong from Singapore in early August to take up a new role at HSBC as head of Asian equities fund management, although he still manages the India fund. HSBC declined several requests for comment.

Still, the HSBC fund has produced stellar returns in bull markets. One of Duggal's picks - HCL Technologies - has soared 10 times since the fund started investing in 2002, Morningstar data shows.

Duggal steered the fund to huge returns of 867 per cent in the five years through 2007, compared with a 664 per cent rise in the MSCI India index.

But in the five years through August, it was down 37.28 per cent. Aberdeen's fund gained 16.85 per cent over the same period, while the MSCI India index dropped 11.36 per cent.

"The volatility gives us (a chance) to pay attention and opportunistically buy certain stocks relatively cheap," Adrian Lim, who leads the Indian investment team at Aberdeen <ADN.L>, told Reuters in a phone interview.

"The quality of these stocks hasn't changed over the last six months but their share prices have come off so it's quite attractive for us."

Judicious Aberdeen
As of July, Aberdeen had invested just over a fifth of its assets in Indian software exporters, which benefit from the rupee's fall because of their dollar earnings.

Its top-two bets are Infosys and Tata Consultancy Services, which have surged over 35 per cent and 59 per cent, respectively, this year.

Its other holdings include consumer stocks, often seen as defensive plays, such as Godrej Consumer Products and Hindustan Unilever - up 17 per cent and 20 per cent respectively this year - and blue chips such as mortgage lender Housing Development Finance Corporation, which is down 2 per cent.

"As long as the underlying stocks remain strong and are in a good position to outperform over the medium- and long-term, we would be holding on to these names and adding to them judiciously."

In the HSBC fund, over a quarter of the assets were invested in small and mid-cap stocks as of July, Morningstar data shows.

Some of its picks - jewellery company Tara Jewels, medical device maker Opto Circuits (India) Ltd and power utility Kalpataru Power Transmission Ltd - have all posted double-digit falls this year. The stocks were in its portfolio as of June.

NSE midcap index has slumped 18 per cent so far this year. The BSE Sensex is up about 2 per cent.

HSBC's larger-cap holdings have also struggled. State Bank of India, Jindal Steel and Power  and ICICI Bank, which together account for over 11 per cent of the portfolio, have all been losers this year.

"There's this general risk aversion for Indian equities among foreign investors and HSBC has been in the cross hairs because of their aggressive style," said an asset manager at a large domestic mutual fund in Mumbai, who declined to be identified because he was talking about an overseas competitor.