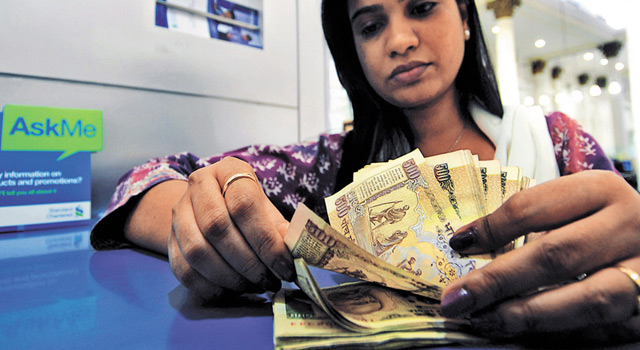 06 May, 2015
Print this article Font size -16+
Aberdeen Asset Management has filed a legal challenge against a tax claim in India, the latest twist in a dispute between foreign fund management groups and the government over retrospective taxes.
Uncertainty around the so-called minimum alternative tax on foreign asset managers' past income has unsettled investors, contributing to sharp falls in India's stock market.
It has also dampened hopes that Prime Minister Narendra Modi would usher a period of wide-ranging reforms. Modi's government has enjoyed an extended honeymoon with foreign investors who have poured $50 billion in new investments into the country since the election last May.
Aberdeen filed its challenge at the Bombay High Court in response to a claim from Indian authorities demanding a so-called minimum alternative tax payment of "less than $50,000" for one of its funds.
Hugh Young, Aberdeen's Asia managing director, said the firm had decided to appeal the tax demand even though the litigation costs would likely exceed the penalty demanded by Indian authorities, calling it an issue of principle.
"We'll probably end up spending a lot more on the legal challenge than the tax demand, but the point being that if you receive these and don't challenge you can end up receiving a lot more," Young told Reuters.
Young said the claim affected one of its global funds investing in India but not its two biggest India-focussed funds.
Aberdeen's actions mark the most high profile public action by a foreign investor against the retrospective tax. Local media last week reported other foreign investors had also challenged the tax claims at the Bombay High Court of.
The tax has in the past been applied to foreign companies but foreign asset management companies did not pay it.
The government has said that from April onwards the tax will no longer apply. But it has also refused to make that retrospective, leaving foreign funds liable to pay the tax for previous years.