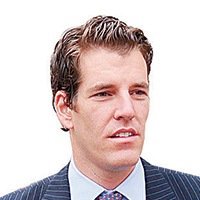 08 November, 2014
Print this article Font size -16+
Mark ‘Facebook’ Zuckerberg’s arch enemies are back, and this time they’re offering shares to the public that would expose investors to the value of the digital currency Bitcoins (which are not managed by any company or government, but by a software). Cameron & Tyler Winklevoss’S trust has amassed nearly $11 million worth of Bitcoins, and will initially sell shares worth $20 million, according to a filing with the US Securities and Exchange Commission.
Trouble In The Air
US intelligence leaker Edward Snowden may have sparked a lot more trouble than he anticipated. On 2 July, Bolivian President Evo Morales’s plane was grounded on rumours that Snowden had hitched a ride on it. Apparently, Portuguese authorities wouldn’t let Morales’s plane land in Lisbon for refuelling on his way back from a conference in Russia, while France, Spain and Italy didn’t let him enter their airspace, say Bolivian officials. The jet made an emergency landing in Austria.
Of Mouse And Man
The first computer mouse was a wooden contraption with metal wheels. And Douglas C. Engelbart, a visionary who died on 2 July at the age of 88, had invented it. Engelbart first demonstrated the mouse, along with video teleconferencing in San Francisco in 1968. Two years later, he won a patent on the mouse. Engelbart won 20 other patents, and played a key role in the development of the Internet, word processing and navigating online through links to other Internet sites.
End Of The Track
After 12 years of heading the Asian Athletics Association, scam-tainted politician Suresh Kalmadi lost to Brigadier Dalham al-Hamad, the senior VP of the association who also heads Qatar’s athletics association. This was the only sports body post that Kalmadi had continued to hold after he was forced to quit as president of the Indian Olympic Association.
Taking Over
Sheikh Tamim bin Hamad al-Thani has been handed the role of Qatar’s emir. He takes over from his father, who oversaw the transition of the wealthy Gulf gas exporter to a regional power broker.
Big Buy
Billionaire Ajay Piramal will purchase a 10 per cent stake in Shriram Capital, the holding company of Shriram Group’s financial services business and an aspirant for a banking licence, for around Rs 700 crore. Piramal’s entry into the group is seen as a positive step, though there is much speculation on whether he will fund the Shriram Group’s intended move into the banking arena. In May, he had purchased a 10 per cent stake in Shriram Group’s transport entity. This additional 10 per cent makes Piramal the largest Indian shareholder in Shriram. Both the companies are working out modalities for the deal.

Justice Served
P. Sathasivam has been named the next Chief Justice of India, and will take over from present incumbent Altamas Kabir, who retires on 18 July. Sathasivam, the country’s 40th chief
justice, will come in with a tenure of 10 months. The 64-year-old was appointed a Supreme Court judge in 2007.
Namaste India
The current envoy to Germany, Sujata Singh, will be India’s next foreign secretary. She will be the third woman to take on this challenging role and will succeed Ranjan Mathai, who is set to retire on 31 July. The 59-year-old Singh had to stave off competition for the top job from India’s ambassador to China, S. Jaishankar. Given the current turbulence in global economic and political affairs, Singh has an unenviable task ahead of her.