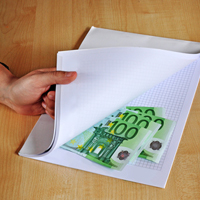 08 November, 2014
Print this article Font size -16+
Indian tax officials are going all out to increase revenue collection from corporates. After targeting manufacturing firms that slash prices below cost in order to sell slow-moving inventory, Indian tax sleuths are leaving no stone unturned to detect tax oversights on part of the companies.

On 1 May 2013, it was the turn of ICICI Prudential which was served a tax notice for alleged evasion of over Rs 130-crore tax through non-payment of service tax. The Directorate General of Central Excise Intelligence (DGCEI) which began probe last year to unearth alleged service tax evasion by various life insurance firms, is likely to issue show-cause-cum-demand notices to other firms also.

Microsoft receives a demand notice from the income tax (I-T) department on 24 April, 2013 over valuation of transactions with its parent company. The company has challenged the notice.The I-T department has reportedly sought details from Microsoft of its income from Indian operations for four years beginning 2005-06. It has reportedly questioned the profits attributed by the US-based parent Microsoft Corporation to its research and development centres in India.

On 28 March, 2013, the Income Tax department had served a Rs 2,000-crore demand notice on Finnish mobile firm maker Nokia for alleged evasion of taxes in its business transactions in the country.

Earlier, on 6 March 2013, confectionery giant Cadbury India Ltd slapped a notice for a demand of over Rs 250 crore in excise duty allegedly evaded by it by claiming exemption for a 'ghost' production unit.

Shell India had described as "absurd" the demand for $1 billion in taxes on a $160 million equity infusion done by the Anglo-Dutch oil major four years ago, saying it tantamounted to tax on FDI. Income tax department has charged Shell India of under- pricing a share transfer within the group by Rs 15,220 crore, and consequently evading taxes.

On 17 January, 2013, the Income Tax (I-T) Department slapped a Rs 1,067-crore demand notice on telecom giant Bharti Airtel for non-payment of TDS dues in the last four financial years in connection with its overseas operations, even as the company said it was fully compliant with all the provisions.

Car makers in particular, mostly multinationals, are also in the spotlight.

Excise duty is due on almost all goods manufactured in India and is levied on the assessed value -- usually the price at which the item is sold.

General Motors and Ford said they were cooperating with the tax authorities. Mercedes-Benz and the Indian subsidiaries of Honda and Suzuki declined to comment.

While no tax demand has been made yet against any of the car companies as part of the latest enforcement push, the probe is likely soon to be widened to sectors including makers of consumer goods and computers, four tax officials said.

India is scrambling to raise revenue to close a budget gap and avoid becoming the first of the so-called "BRIC" big emerging economies to have its credit rating cut to junk.

India's position is based on a Supreme Court ruling last year in favour of the tax office, which sought higher taxes on cars sold by Italy's Fiat more than a decade earlier.

MNCs To Fight Tax Demand
India's stepped-up tax enforcement over the past year has prompted some multinationals to complain about aggressive and unpredictable tax treatment.

The focus on companies possibly selling below cost opens up a new front in the tax battle. Already, India is in numerous tax disputes with global companies over the value of intra-company transactions, known as transfer pricing.

Anglo-Dutch oil major Shell said in February it would challenge a claim its local unit underpriced shares transferred to the parent by $2.8 billion. Shell has said the claim is based on an "incorrect interpretation" of tax rules and "bad in law".

Vodafone is contesting two transfer pricing cases, but said earlier this month it was hopeful of reaching a solution over a separate $2 billion tax dispute related to its 2007 acquisition of an Indian mobile company.

Nokia said last month it would continue to fight a $380 million claim for unpaid taxes.

It is global practice for car makers to sell some models at a loss to win market share or clear inventory. Manufacturers typically pay excise duty on the transaction cost. India insists the excise tax valuation should reflect the "normal" market value irrespective of the actual sale price.

"Vehicles are not selling so what does one do? People will have to somehow liquidate the stock," said Sen, whose organisation has shared its concerns with the government.

According to some consultants, the tax demands arising from such cases could run into millions of dollars. Besides the potential cost, car makers say the probe is a nuisance and might force them to disclose sensitive competitive information.

Haggling over what is the "normal" valuation for different car models could result in lengthy litigation, Sen said.

The tax department has also sought data from local auto companies such as Tata Motors and Mahindra & Mahindra and is in the process of examining whether the companies need to pay higher excise duty, tax officials said.

Mahindra & Mahindra said it had submitted manufacturing cost data for various models, and had not yet received a tax demand notice. Tata Motors said the tax department's initiative affects the "fundamental fabric of excise taxation".

P. Balendran, vice president of General Motors India, said authorities had sought "certain details" that were being submitted by the company. Mercedes-Benz India said: "We would not like to comment on the internal tax issues particularly which are sub-judice", or subject to legal process.