A Question Of Timing 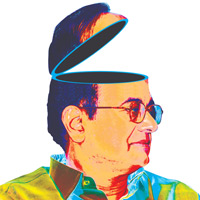 It’s a good idea that can be ruined by bad timing. Soon after he took charge, finance minister P. Chidambaram talked about divestment of the government’s stake in public sector under- takings; the finance ministry has also come out with a tentative list of large PSUs — SAIL, NTPC, Coal India and National Mineral Development Corporation — that could, hopefully, excite investor interest.

A successful disinvestment programme could achieve two objectives: for one, it could improve the government’s receipts (tax revenues are unlikely to grow much, if at all, this year) and mitigate the risk of fiscal deterioration. For another, the Indian stock market that has been among the worst performing in 2012, could attract FII money and provide some much-needed cheer.

The disinvestment will also address a regulatory requirement of the Securities and Exchange Board of India (Sebi); all companies listed on stock exchanges should have at least a 25 per cent public shareholding; the target for PSU companies is different from that of private companies, but that deadline (June 2013) is also drawing near.

The 2012-13 (FY13) Budget has pegged disinvestment receipts at Rs 30,000 crore, after it fell well short of the Rs 40,000 crore it had budgeted for in FY12; it needed a big helping hand from the Life Insurance Corporation to subscribe to the follow-on issue of ONGC shares. Besides, time is running out: the government has just over six months to complete the PSU shares’ sale.

But is divesting right now a good idea? The market is not exactly receptive to new share offers; yes, it returned about 14 per cent since the beginning of the calendar year, but with sombre economic growth data, a negative outlook from the global credit rating agencies and a steep decline in corporate investment spending, investor interest is likely to be lukewarm at best.

There’s also a risk of pricing it too cheaply to ensure a successful disinvestment process, even if some PSU companies have been overvalued. No government wants another report from the Comptroller and Auditor General (CAG) making another politically damaging indictment about bad valuation and loss to the exchequer. The government is between a rock and a hard place.