A Quarter Of Fertilisers Sold In India Not Genuine 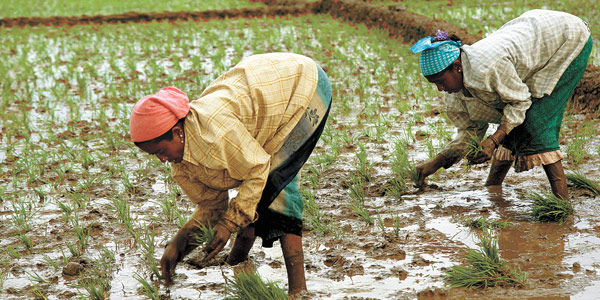 08 November, 2014
Print this article Font size -16+
One fourth of the total amount of fertilisers sold in the country may not be genuine, says a recent report from consultancy firm Tata Strategic Management Group and industry chamber Ficci.

The “Agrochemicals for Ensuring Food and Nutritional Security” report released in New Delhi on August 24 says that despite the strong growth drivers, Indian fertiliser industry faces challenges in terms of low awareness among farmers and rising sales of non-genuine products.

“Non-genuine agrochemical products are a major threat to the industry and today constitute approximately 25 per cent of the total market. Regulatory bodies need to take some concrete steps to control the same”, Charu Kapoor, Principal - Chemicals Practice of the consultancy firm says.

The disclosure comes at a time when the central government is readying a National Fertiliser Policy for a holistic approach towards the fertiliser use, keeping in mind, both food security as well as the long-term soil health.

The government is in the process of setting up a task force of scientists and experts to formulate the policy draft soon.

With a large number of end users spread across the vast geography, managing availability through a distribution network is a challenge for all the major players. A collaborative approach by the industry, government and regulatory bodies is the need of the hour to realise full potential of the agrochemicals industry, it said.

The report highlights the changing food consumption patterns, demand patterns and future growth potential of crop protection industry in India. It also highlights the need of agrochemicals to overcome the challenges in ensuring food and nutritional security of the nation. It showcases the key imperatives for agrochemical companies, Government and Regulatory bodies to promote judicious use of genuine agrochemicals.

As per the report, Indian crop protection Industry is estimated at $4.25 billion in fiscal 2014 of which 50 per cent are exports. It is also expected that the industry will grow at 12-13 per cent annually to reach $7.5 billion by 2018-19. While insecticides contribute to 60 per cent of the overall demand,  fungicides and herbicides which account for 18 per cent and 16 per cent of the demand respectively, follow.