A Premium On Firms Focused On Research 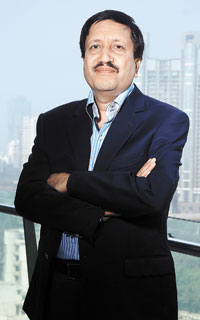 08 November, 2014
Print this article Font size -16+
Its been said that two things in life are certain: death and taxes. Cheating death is impossible, but by investing in tax-saving instruments, you can avoid the taxman. And, the MF industry has created one: the equity-linked savings scheme, or ELSS.

In Businessworld’s survey of the best-performing mutual funds, Reliance Mutual Fund’s ELSS Fund-1 emerged as an outperformer, topping the category, thanks in large part to the stability of a mix of investments that the fund has made. With some 45 per cent of its investments in large cap stocks and the rest in mid caps, returns have been less volatile than you would expect.

Its beta is 0.88 (a beta of 1 means the portfolio will move with the market; anything less than 1 means it is more stable than the market), which means the risk in the portfolio is low. And that is because the fund’s manager has taken long-term views on the pharmaceutical, banking and automobile industries, all of which have been relatively stable. His is the mantra you have heard before, except that he is betting money on it.
“The India investment story is real and there are stocks that offer great long-term growth,” says Ashwani Kumar, senior fund manager at Reliance Capital Asset Management. “A lot of companies are preparing to scale up and a tax-saving fund offers enough opportunities for investors looking for steady returns,” he adds.

So how do you approach investments in a tax-saving scheme? For Kumar, his picks had to be innovative companies making well-thought-out bets. So one of the sectors that he focuses on is IT. “Software technology companies are already moving up the ladder and are reinventing business models and this is what India is going to witness across different industries in the coming years,” says Kumar. The financial performance of software services firms in the third quarter of FY13 seems to bear his view out. And, he says, if the country gets the manufacturing industry to scale up by making ancillaries take a global view, then those would be the stocks to watch out for in the future. “In creating a portfolio, one should look at the big-picture opportunity and the potential returns that are possible over a period of time,” he says.

The coal shortage, stalled infrastructure projects, inconsistency in government programmes and the delay in allocation of mines to the private sector are factors that have slowed down the economy. But despite all these problems, Kumar says, the bright spot in the Indian economy is rising consumption. “The philosophy of the fund is to balance between long-term and medium-term growth,” he points out. His fund invested in companies with a large focus on R&D. “The cost of capital is high in our country, but there are companies that can beat expectations because they are investing in training people and have a strong leadership.”

Kumar, a science graduate with a specialisation in physics, is naturally inclined to scientific research, an attitude he brings to fund management as well. “It was research that led me to become a fund manager,” he says. Reliance ELSS Fund-1 has been conservative, and its portfolio does not undergo frequent churns like many other funds.

Growing up in an industrial town and coming from a family of engineers, he has a sound understanding of mechanics. Now, he brings that understanding to figure out the mechanics of the country’s economy. Manufacturing, he says, is the future, and India’s competitiveness has to go beyond services for large companies to emerge as leaders in that area.
And what about his fund’s stock-picking ability? “Many stocks were available at low valuations last year and we managed to get them,” he acknowledges. “Fund management is about understanding business cycles.” Going by the fund’s performance, that is another thing he understands well.