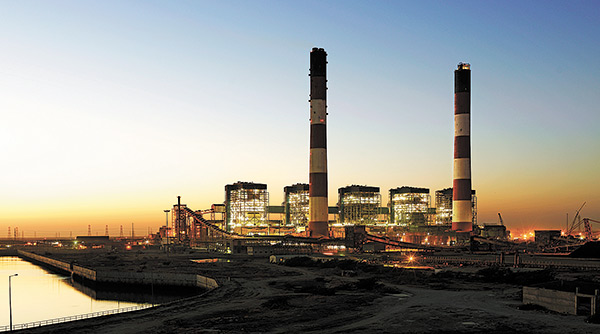 08 November, 2014
Print this article Font size -16+
For the past two years, the power generation business has been completely unviable,” says Ashok Khurana, director general of the Association of Power Producers (APP). He could well be speaking for the entire sector, which has been grappling with issues such as falling plant load factor, stranded capacity, low generation, critical coal stock levels and rising losses of distribution companies. The last two have seriously crippled the generation sector, say insiders.

The past few weeks have seen the government taking steps to revive the sector, but it might be a case of too little too late. The Cabinet Committee on Economic Affairs (CCEA) has cleared a proposal to allow power producers to pass on the cost of imported coal used to make up for the deficiency in domestic supply. The move is expected to provide relief to power projects that have been operating at a plant load factor of 68.40 per cent this year as compared to 73.76 per cent last year.

However, many fear a delay in the implementation of the proposal. “It’s too early to predict the final result, as implementation is key to issues that remain unresolved,” says Anil Sardana, managing director, Tata Power. Khurana echoes the sentiment: “Even the first step, where the coal ministry needs to pass an amendment to the National Coal Distribution Policy, has not been taken.”

Moreover, industry honchos do not see the CCEA measure as a permanent solution to the fuel crisis. “We have to look at improving the production of coal in keeping with our capacity addition. In the first year of the current (Five-Year) Plan, we have already added some 18 gigawatt (GW) of fresh capacity. Is our coal production going to match that,” asks Arup Roy Choudhury, CMD of NTPC.

The problem of mismatch is set to persist with the Ministry of Power targeting 80 GW of fresh capacity in the 12th Plan, of which 23 GW has already been added till June 2013. Barring plants that depend entirely on imported coal and those that are expected to be supplied with coal blocks, the power sector’s requirement will be 653 million tonne (mt) of coal per annum. Of this, only 415 mt will come from Coal India. The remainder will have to come in via imports.

The government’s move is going to inflate the electricity bills of consumers. The extra burden will be in addition to the regular tariff hikes prescribed by the financial restructuring package for discoms. “We can’t make the developer responsible for something not in his control. Now, whatever is paid by the developer is passed on to the consumer. It is for the consumers to decide if they want more expensive electricity or if they will be fine with candlelight,” says a senior power ministry official.

But there is scepticism about the smooth implementation of the pass-through mechanism. “The discoms will have a problem with this... Politicians will not allow regulators to increase the tariff. The discoms will end up buying electricity at a price higher than what they will sell at. Their losses will go up,” says a senior Planning Commission official.

Clearly, there is pain ahead for discoms. “Theoretically, the impact of imported coal is going to get passed through, but it won’t happen quickly. There will be a time lag. The regulatory process takes time unless there is a fuel surcharge in place, which allows for quarterly reviews. Otherwise, the entire process takes more than a year,” says Salil Garg, director, corporates, at India Ratings. Given that discoms already have Rs 70,000 crore of regulatory assets (money recoverable in future from consumers with regulators’ sanction) on their balance sheets, this lag will only increase the pressure. Passing on the extra burden to the consumers will not be easy as pressure builds on state governments to moderate tariff hikes in the future.
break-page-break
According to Crisil Research data, while 15 states hiked their tariffs in 2012-13, only 13 state electricity regulatory commissions, out of the 21 that applied for a revision this year, have allowed their respective discoms to hike tariffs. Moreover, the average hike this year has been only 5.2 per cent against 13.4 per cent in 2012-13.

“In 2013-14, in the first quarter, seven states have hiked tariffs. We expect annual tariff increases of 5-7 per cent from 2013-14 to 2015-16. This, coupled with the implementation of the debt restructuring package for state-owned discoms, is estimated to eliminate the ACS-ARR (average cost supply and average revenue realised) gap by 2015-16,” says Rahul Prithiani, director, Crisil Research.

Further, discoms have to contend with their AT&C (aggregate technical and commercial) losses, which stand at an average of 25 per cent, and the growing burden of agricultural subsidies — the sector contributes a measly 8 per cent to the discoms’ revenues while consuming 22 per cent of the total electricity produced.

“Despite the current issues, I don’t see much of a problem with the generation sector; the challenge for the power sector lies on the distribution side,” says P. Umashankar, ex-secretary, Ministry of Power.

The government’s recent decision to increase the price of domestic gas from April 2014 will make gas-based power costlier. Pre-empting this, Essar Energy has decided to convert two of its gas-based projects (a total of 1,015 MW capacity) into coal-fired ones.

While the going has been tough for conventional energy sources, renewable energy has somewhat redeemed itself. It accounts for around 13 per cent of the total installed capacity, or 28 GW, as of March 2013. While technical and economic concerns around renewable energy remain, it is seen as the answer to a power-deficit India, where only 92.8 million out of the total 167.8 million households have access to power. Efforts are under way to integrate this energy into the grid.

As things stand today, all the stakeholders need to get their act together: the consumers, the producers, the distributors, the regulators and the government. As the Planning Commission official aptly puts it: “The basic problem with the Indian power sector is that those involved want conflicting things... We have stopped being a fair state and there is no appetite for a fair and equitable solution.”