A Philosophy That Is Working 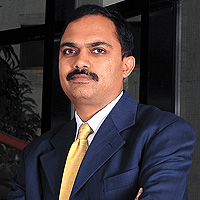 This open-ended growth fund has returned, on an adjusted basis, 26.23 per cent since its launch in October 1996, beating the benchmark BSE 200 index's returns of 15.82 per cent (as on 31 December 2010). It is also one of the largest funds in the large and mid-cap category with average assets under management of Rs 9,489.24 crore as on 31 December 2010. Fidelity Equity and Birla Sun Life Frontline Equity are among its peers.

The fund has stuck to its philosophy of picking ‘quality stocks' irrespective of market conditions. "Pre-global crisis, things were a little more difficult because these (quality) stocks were underperforming," says Jain. "During the crisis and after, quality stocks have continued to do well." By Jain's reckoning, while the fund has continued to follow the same discipline, it is the market environment that has changed. "The market today values quality a lot more than what they valued in the pre-crisis period."

In a throwback to investment guru Benjamin Graham, the HDFC Top 200 believes in looking for value, avoiding the overvalued stocks, but betting on undervalued, even neglected stocks. Take ONGC and Gail, for instance. "We have been holding on to oil marketing companies. They have not done well and we were aware of the risks when we bought them," says Jain. "We are patient investors." Another stock that Jain has faith in is Reliance Industries (RIL). He has been buying RIL since November. In four months, Jain has nearly quadrupled the amount of RIL stock he holds. The portfolio bets big on energy and petroleum, based on the economic growth forecasts for the coming years.


A survey of the fund's portfolio suggests a bias towards ‘growth investing', but makes sure that there is reasonable exposure towards other businesses as well. Some of the prize picks in this segment are LIC Housing Finance and Titan Industries. Jain sees greater opportunity in buying growing companies at reasonable values since the high growth rate in India pushes up the business values at a higher pace.

HDFC Top 200 has a high exposure to large caps. Currently, 80-90 per cent of the stocks held include State Bank of India, Infosys and ICICI Bank. With around 22.42 per cent of its holdings in banks, the fund's safe bet appears to be the financial sector. Software and consumer non-durables account for about 9 per cent each of the portfolio at end-December 2010.

Will there be a change in portfolio strategy? Not likely. "How the fund performs will depend on how the equity markets behave generally, and how and what choices we make in the portfolio," says Jain. Why change something that has put you on top?