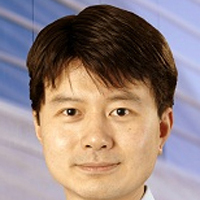 08 November, 2014
Print this article Font size -16+
Long gone are the days when leading pharmaceutical companies managed the entire value chain from drug discovery and development, clinical trials, and manufacturing, to marketing and distribution. Leading companies such as Novartis, Eli Lilly, Pfizer, and GlaxoSmithKline have continually outsourced labor-intensive, time-consuming activities around the world. Various contract research organisations (CROs) and contract manufacturing organisations (CMOs) bill themselves as low-cost service providers, capable of reducing the time-to-clinic and decreasing the overall cost of a drug, from development through manufacturing.

Predictably, in recent years many outsourcing organisations have emerged in Asia — including China, Singapore, and India — where biology and chemistry PhDs are abundant, patient enrollment rates for clinical trials are high, labour costs are low, and tax concessions are generous. With the continuous knowledge transfer from pharmaceutical companies to outsourcing organisations, what will the industry look like in 5 to 10 years? If leading pharmaceutical companies are to sustain their competitive advantages, how will they operate?

Western PC firms, after offloading the less profitable operations, focused on marketing activities and performance metrics for quality control. Dell, for example, invested very little in mechanical and electronic R&D. It relied on contract manufacturers to innovate the next generation of machines. HP, on the verge of shutting down its laptop division in 1999, outsourced its entire business operations to several Taiwanese firms. Services that were outsourced included hardware assembly, software installation, product testing, final packaging, and direct shipment to customers. As they progressively "hollowed out," western PC firms (with the exception of Apple) essentially became technology companies without technologies. Today, Taiwan has captured nearly half of the global integrated circuit market share; it has become the biggest producer of flat panel displays in the world; and it supplies over 90 per cent of the global laptop shipment volume.

While leading pharmaceutical companies may not follow Dell and HP to exclusively focus on sales and marketing, the widespread knowledge transfer to CROs / CMOs, particularly those in Asia, will cause an irrevocable shift in the industry. In search of greater profits, outsourcing organisations continue to vertically integrate in order to provide a broader range of product offerings. Joint ventures and acquisitions abound: the strategic alliance between PPD and CMIC in Japan, the merger between Tokyo-based GNI and Shanghai-based Genomics, the acquisition of AppTec by Wuxi Pharmatech of Shanghai, and the investment in Commonwealth Biotechnologies by Beijing-based Venturepharm Laboratories. Services offered by these outsourcing organisations include developing, formulating and manufacturing drugs, managing clinical trials, monitoring safety, preclinical trial, toxicology, processing trial samples, and other complementary services. (Industry practitioners refer to these vertically integrated, single-source providers as contract development and manufacturing organizations - CDMOs.) As outsourcing organisations in Asia progressively develop a fuller set of capabilities, it is not hard to imagine that some may eventually develop new drugs of their own.

But unlike other global products like PCs, drug discovery is — by nature — fragmented into geographical regions that each has distinctive disease classes. Unique disease mechanisms exist in China, for example. Gastric and liver cancers are much more prevalent in the region, with different disease etiologies. This implies different "white spaces" in which drug discovery efforts can specialize.

More importantly, medical treatments for disease classes commonly found in emerging economies are often deemed unprofitable by established pharmaceutical companies. The local population's ability to pay and the corresponding institutional arrangement present an operating environment in which it is difficult to generate a level of profits comparable to that of advanced economies. Consequently, infectious diseases such as hepatitis, tuberculosis, syphilis, dysentery, gonorrhea, and foot-and-mouth disease still wreak havoc in China even though the scientific understanding on how to treat these diseases exists. For an established pharmaceutical company, commercialising a large-scale prevention and treatment regimen for these diseases is far less attractive financially than tackling diseases important to the Western world. The fact that charity organisations like the Bill & Melinda Gates Foundation are needed to fund the development of a variety of vaccines and drugs for impoverished communities in Africa underscores this broader phenomenon. But to a vertically integrated outsourcing organisation in China, moving up the value chain to develop these once-ignored drug classes can be commercially attractive because of the company's different cost structures and business models. In other words, emerging firms are motivated to fill the market void.

These emerging firms, in the long run, however, are unlikely to compete directly with established pharmaceutical companies in the same market. In contrast to consumer electronics, personal computers, or home appliances where consumer needs converge on a global basis, disease classes vary greatly across geographic regions. These variations persist because of different climatic conditions, dietary habits, living standards, and lifestyle. The pharmaceutical industry may be one of the rare examples where industry incumbents and new entrants are able to achieve a peaceful co-existence, each specialising in drug discovery activities in their core markets. This is indeed good news for everyone.Industries will develop differently, however. Managers must be able to recognise the basic patterns of their own sectors before devising the firm's strategy for capitalising in the new consumption-driven Chinese economy. Blindly following others is not only ineffective, but downright dangerous. Ultimately, the wait-and-see approach of many multinationals seeking to expand into the Chinese market could be doomed before they even get started. So how can these companies strike the right strategic balance?

(The author is a professor of Strategic Management and Innovation at IMD, where he teaches in the Orchestrating Winning Performance and Building on Talent programs. His teaching and research activities focus on why and how some firms can sustain new growth while others cannot)
Tags assigned to this article:
exclusive to web news 9 pharma pfizer novartis imd glaxosmithkline big pharma eli lilly clinical trials value chain contract research organisations contract manufacturing organisations time-to-clinic outsourcing organisations drug discovery howard yu