A Panacea For All Ills 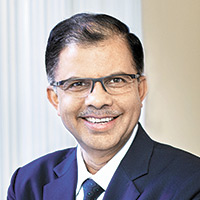 08 November, 2014
Print this article Font size -16+
The first impression of Shailesh Ayyangar, managing director, India, and vice-president (South Asia global operations), Sanofi, is of an unassuming, soft-spoken man. But ask him about his company and business and Ayyangar’s passion and eloquence is on full display. Colleagues describe him as an affable, fun-loving and focused leader, approachable at all times.

These are just a few of the reasons why Ayyangar, who draws a not-so-large compensation of Rs 1.1 crore a year, is regarded as among the best CEOs of multinational healthcare companies in India.

Sanofi’s performance stands out because the Indian pharmaceutical market (IPM) only grew 9.8 per cent in 2013 to touch Rs 72,069 crore (moving annual total sales up to June) as compared to 16.6 per cent in 2012. “We expect Sanofi India’s net sales to post a 13.3 per cent compound annual growth rate (CAGR), to Rs 1,917 crore, and earning per share to register a 15 per cent CAGR,” says Sarabjit Kour Nangra of Angel Research in an analyst report.

In India, Sanofi and Ayyangar have concentrated on creating new assets in the past few years and completed three acquisitions to expand business. Sanofi’s biggest breakthrough — the acquisition of vaccine major Shantha Biotechnics in 2009 — was for around Rs 3,800 crore. “We have invested over $300 million in Shantha after the acquisition and it is going to be a key vaccine production unit for global markets,” Christopher A. Viehbacher, CEO of Sanofi Group, told BW | Businessworld in a recent interaction.

Ayyangar says the biggest challenge was coming up with a strategy to tackle the fact that 30 per cent of the company’s portfolio fell under price controls and had several ageing brands. “We charted a new path of bold resource allocation, launching several indigenously developed products and forayed into rural markets with a unique education programme for rural doctors called Prayas, which became a case study at IIM-A,” he says. The results are showing and the new products have contributed more than 15 per cent to Sanofi’s overall revenues in the past two years.

A patient-centric approach to diabetes management has helped Sanofi’s diabetes business grow at a CAGR of over 27 per cent in the past three years. Its Lantus is the fastest-growing insulin analogue in the country as is its indigenously developed insulin pen device AllStar. “AllStar has evoked interest from China and other countries, opening up substantial export potential,” says Ayyangar.

He says the company has converted the slowdown into a growth opportunity by investing heavily on training, operational excellence and in prioritising efforts. Much of the Rs 755 crore it has invested in Shantha Biotechnics after acquisition has been towards expansion plans and operational requirements.

Investors seem to be appreciative. Sanofi’s stock has appreciated 15.8 per cent in the past year. Yet another thing that Ayyangar can take credit for.