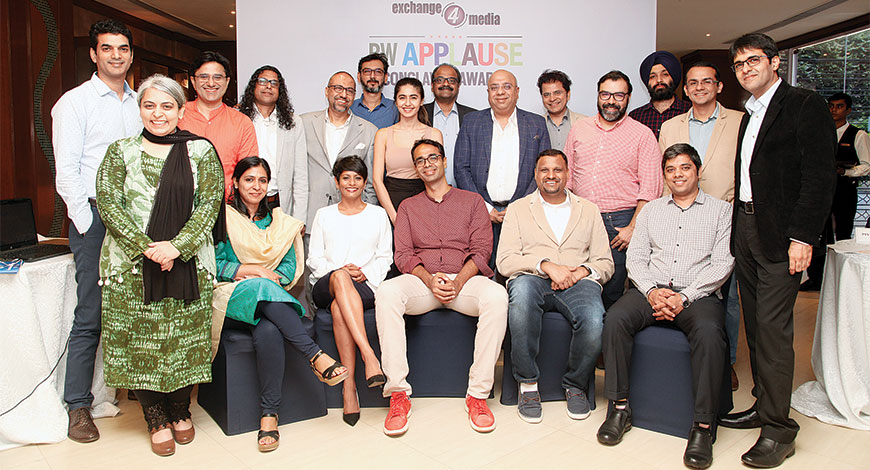 The exchange4media-BW Applause Conclave & Awards aims to recognise and honour the quality work experiential agencies produce in the space of events and experiential marketing across categories. It is also a platform for setting standards and benchmarking exemplary event marketing by recognising creativity and originality delivered by agency partners.

Over the years experiential marketing has grown phenomenally. A recently published report by Ernst & Young (EY) says the events and entertainment industry continues to grow faster than expected. The report, based on a survey of 64 event management companies and 31 marketers, suggests that revenues of the events and activations industry is expected to grow from Rs 5,631 crore in 2016-17 to Rs 10,000 plus crore in 2020-21. The organised events industry is growing faster than the 11 per cent -13 per cent CAGR of the Indian media and entertainment (M&E) industry. Its key growth drivers are digital activation, sports leagues, rural expansion and government initiatives, followed by IPs, personal events, product launches, expansion of mini-metros and BTL spends.

The report says that digital events are poised to grow at 20 per cent over the next few years. It says that industries like auto, mobile handsets, media and entertainment, FMCG and durables will drive the growth through new product launches.

Speaking of the jury meet, Karan Bajaj, SVP & GM, South Asia, Discovery Communications India said, “This is a great platform for all the stakeholders in the experiential marketing domain. We had a great line-up of entries this year and some of the work is truly world class.” Manav Dhanda, Group CEO, SAB Group, said, “I must congratulate e4m and BW for building such a great platform for the events industry. This will go a long way in setting up a new gold standard in this domain.” BW Applause is a bi-monthly magazine for experiential agencies, among others.