A Legacy Of Leadership 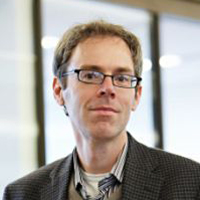 08 November, 2014
Print this article Font size -16+
There is no question that many people would welcome a chance to live the life of N.R. Narayana Murthy, co-founder and chairman emeritus of software giant Infosys. However, if it was somehow possible to exchange places with the man, few would likely emulate his dedication to helping out on the home front, where he famously cleans the lavatory on a regular basis. And that’s a shame. After all, Murthy's willingness to get his hands dirty doing a job that he doesn’t have to do is one of traits the helped make him a billionaire, not to mention a leader worth respecting.

As a professor with the Richard Ivey School of Business, I have always been fascinated with leadership. Are great leaders born or made? This question has been debated for centuries. But I see a clear answer. Successful leaders, including political ones, are made through a combination of trial and error and a willingness to accept a never-ending process of on-the-job training. This is the topic of Good Leaders Learn, a book project that recently brought me to India, where I had the good fortune to learn from Murthy, Gautam Thapar, chairman of the Avantha Group, and Kiran Mazumdar-Shaw, founding chair of Biocon. What I learned is that each of these leaders accepts the need to learn from mistakes and remain open to listening to others. But they have to work at it.

When Murthy picks up a toilet brush, he isn’t just looking to make his wife happy. Learning from Gandhi, he takes on tasks widely considered beneath his station as a reminder that all contributions to society should be valued. "In the corporate context,” he says, “it shows that you have respect for everybody’s contribution." As Murthy points out, sustainable success requires CEOs to recognise that there are smarter people who do things better. "Once you have that humility, once you have that openness of mind, even when you are doing well, it is possible to learn from people who are doing better than you both within the organization and outside the organisation."

But recognising that you can benefit from other people’s honest opinions isn’t enough because employees don’t like to disagree with the boss. As a result, Murthy says, the biggest challenge a leader has is to create channels for feedback and keep them open. "The day a leader closes those feedback channels," he says, "is the day when a leader’s power starts diminishing and he or she starts doing things that are completely wrong." At Infosys, Murthy had one rule: “You can disagree with me as long as you are not disagreeable.”  Among other things, this openness to polite opposition allowed him to learn what employees really thought about his leadership style. "Many colleagues have come to me and said I am too sales oriented; and that I value the contribution of sales people much more than the contribution of other people. That was a big revelation to me."

Thapar, who was advised by an early mentor to remove the word impossible from his vocabulary and shoot for the stars while keeping his feet firmly planted on the ground, is also big on remaining humble. In fact, he thinks any business leader who writes a management book while still in office should be sacked for hubris. "An organisation is not static. It’s a dynamic living thing. No leader can believe he or she knows everything there is to know about the job today, tomorrow and the day after." After all, success is blind to past accomplishments, not to mention an individual's upbringing and education.

"I have witnessed ordinary people doing extraordinary things without the benefit of an MBA or without the benefit of any formal education. If you don’t have a certain amount of humility and introspection, you are at risk of derailment. Just look at the last six months, one year, two years, three years, 10 years or 15 years – there are so-called icons of management and business leadership whose corpses litter the road of downfall."

Remaining humble, of course, isn't easy for corporate titans, especially in India, where the hierarchical structure surrounds successful people with an aura of awe that makes it difficult to foster candour and establish relationships. “You almost expect to be treated a certain way,” says Mazumdar-Shaw. “And when you’re not treated a certain way you get uppity. That’s not a good trait.”

Biocon’s founder, who was taught by her brew master father to respect anyone who works hard at doing a good job, relies on her husband to keep her grounded. “He always reminds me of a very important saying: people that mind, don’t matter, and people that matter, don’t mind.” Simply put, relying on others is how she leads. “I am like a sponge. I absorb a lot. I like to hire people who are smarter than me,” she says, adding there are two styles of leadership.  “There are leaders who want to command and control. The other kind of leader focuses on collaboration and empowering people. I like to do the latter.”

Thanks to the complexity of the modern world, collaboration is no longer just an option. It is a must. Indeed, as noted by former US First Army commander Lt. Gen. Russel Honoré (Ret.) at an Ivey leadership conference earlier this year, “command and control will not serve the future,” not even for military officers. The general, who led the US military’s response to numerous crisis situations, advised leaders of all stripes to put egos aside and learn to share control over decision-making because that is what it takes “to get things done in the new normal,” where hierarchical thinking is a barrier to achieving results.

The next generation of corporate leaders is an important group that will face huge challenges. So the next time you pick up a gift for a business student, give them a toilet brush so they can remain open to learning like the best and brightest that India has to offer.

(The author is an associate professor of Organisational Behaviour at Richard Ivey School of Business as well as the executive director of the Ian O. Ihnatowycz Institute for Leadership at Ivey).
Tags assigned to this article:
exclusive to web infosys biocon n r narayana murthy kiran mazumdar shaw bschooltop 1 ivey school of business gerard seijts