A Hotbed Of Controversy 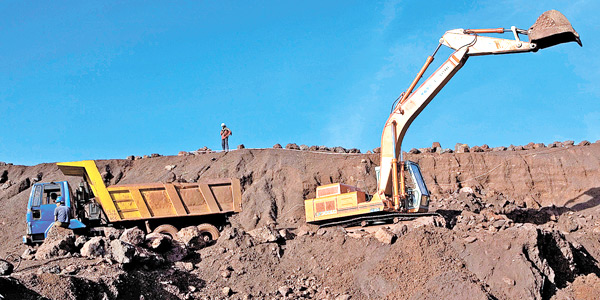 08 November, 2014
Print this article Font size -16+
The Orissa government’s decision to demand around Rs 68,000 crore in penalty from errant mining firms in the state has come in for more criticism than praise. On 6 November, the state government served notices to 103 iron ore mining firms for allegedly producing excess ore than the permissible limit. The notices have been issued under Section 21(5) of the Mines and Minerals (Development and Regulation) Act, 1957, which states that whenever any person without lawful authority raises any mineral from any land, the state may recover the mineral raised or its price or even rent, royalty from them or tax them for the period during which the land was occupied.
But, R.K. Sharma, secretary general of the Federation of Indian Minerals Industries, says this demand is not tenable and will not stand in court since these firms have mining leases and have not unlawfully occupied the land. Even the Union ministry’s stand is at odds this time. Says a Union mining ministry official familiar with the issue, “The state needs to prove if this excess production was done outside the lease area.” He says the violations happened within the leased area and are, thus, not illegal [as defined by the Mineral Concession Rules, 1960 (as amended on 26 July 2012)]. He adds that Section 21 (5) applies only to mining in areas that have not been leased out.
Orissa’s move to crack down on the irregularities comes almost three years after the initial exposé, but right when the Shah Commission panel is visiting the state on the same issue. “Now that the Shah Commission is enquiring, he (chief minister Naveen Patnaik) wants to come clean,” says Congress’s Srikant Jena, who, like many others, is adamant that the irregularities — which lead to an alleged loss of Rs 4 lakh crore — happened with the government’s knowledge. “The state government was collecting royalties all along. This means they knew and were part of this,” says a mining association member. The Shah Commission’s first interim report also pointed out that licence renewal applications from many firms have been awaiting approval for a number of years.
While the ‘illegality’ of the mining is being debated, most agree that production did exceed permitted levels because of the boom in demand from China. Queries sent to B.K. Patnaik, Orissa’s chief secretary, Rajesh Verma, principal secretary of the state’s department of steel and mines, and M.

Biswas, regional controller of mines at the Indian Bureau of Mines, were not answered.
Tata Steel, which also received the show-cause notice, is reportedly considering contesting the notice. While the firm did not respond to BW’s queries, it issued a statement saying: “We reiterate our contention that we have always undertaken mining in Odisha and also in other states where we operate in strict conformity with the existing laws.”
Many believe that the next step could be litigation. Iron ore mining in India has been rocked by scams over illegal and irregular mining this past year, for instance, in Goa and Karnataka. The mines ministry official says that with supply-side controls leading to corruption, the government is now looking at demand-side regulations. This audit trail system, which will match supplier quotes with what users actually demand, is expected to show results in 6-12 months.